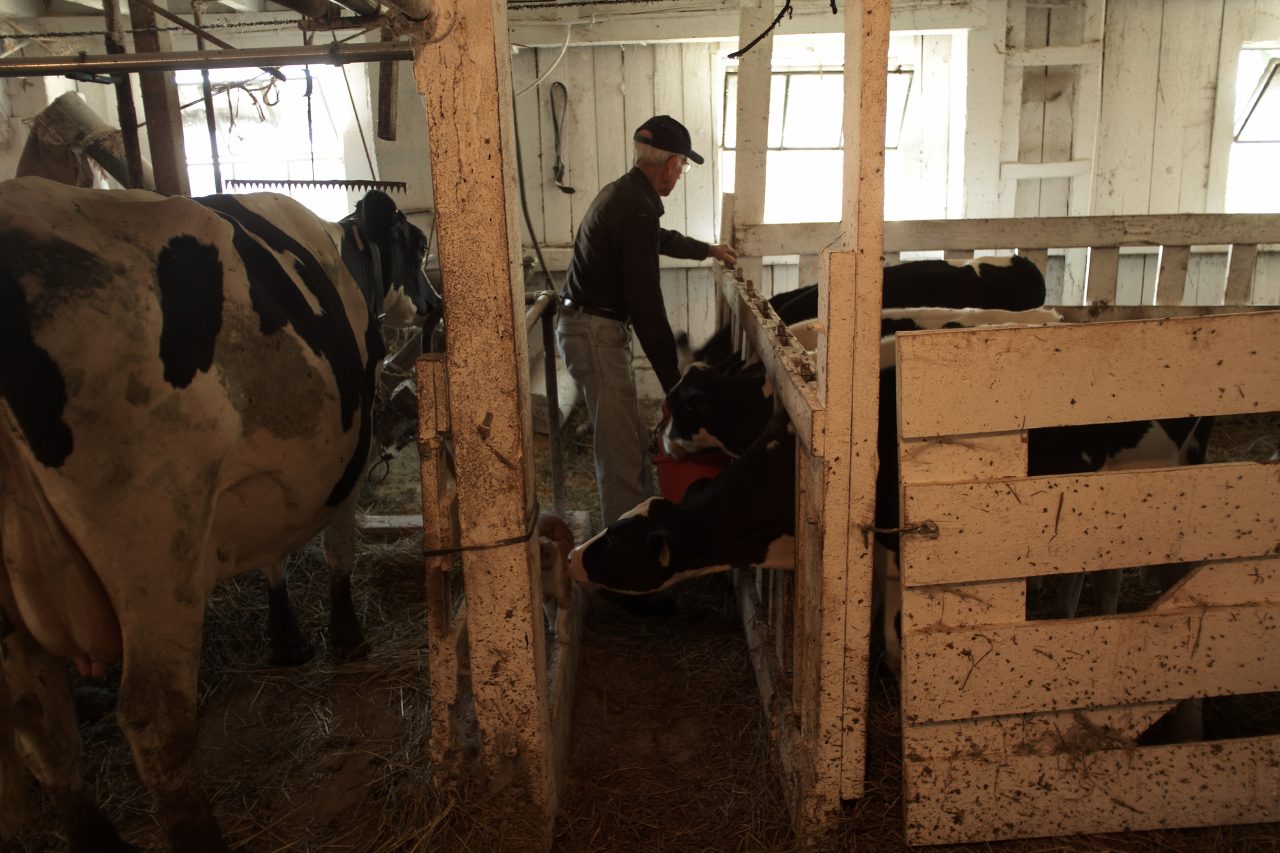 National Family Farm Coalition (NFFC), representing 70,000 family farmers, ranchers, and fishermen in 40 states, will launch its “Fair Farm Prices Now!” campaign at Farm Aid 2019 on September 21 at the Alpine Valley Music Theater in East Troy, Wisconsin. The first demand of the campaign is emergency economic relief for dairy farmers to compensate for the unjustifiably low prices they have been paid for their milk for years. Core to NFFC’s mission is ensuring vibrant rural economies through fair prices and living wages for all in the food system.

“Farmers watch neighbors sell their dairy herds, declare bankruptcy, and wonder why there is always emergency help for Wall Street banks, but never for farmers,” said Jim Goodman, NFFC Board President and retired Wisconsin dairy farmer, representing Family Farm Defenders, one of NFFC’s member groups that represents dairy farmers nationwide. “If rural America is to have any hope of survival, Congress must provide immediate economic relief for dairy farmers and implement a supply management system to end low prices and curb excess supply.”

NFFC will have strong representation at Farm Aid 2019, beginning Friday morning when a tractorcade of tractors driven by farmers from around the country heads to East Troy. Joel Greeno, Family Farm Defenders board president and tractorcade organizer, said: “It’s fitting that the last Allis Chalmers tractor to roll off the production line in 1985 – just as the mid-1980s farm crisis peaked – will be the last in line as this tractorcade heads out in support of Farm Aid and all the farmers in crisis today.”

T-shirts emblazoned with ‘Fair Farm Prices Now!’ will be visible throughout the festival Saturday, including the Farm Aid press conference and the HOMEGROWN Village exhibit featuring ‘The Price is Wrong’ game, a giant milk check showing pay price and deductions, and a bullhorn for delivering demands for fair prices to 2020 candidates, USDA officials, and dairy cooperative executives.

Dairy farmers have struggled through years of milk prices far below their production costs while distributors, retailers, and cooperatives have profited. According to Arden Tewksbury, Progressive Agriculture Organization Manager, dairy farmers were underpaid $48 billion between 2015 and 2018, shortchanging their rural communities by $192 billion. Despite thousands of farmers selling their farms and even committing suicide as a last resort, farmer pleas to Congress for justice have been ignored. Instead, they have been advised to purchase insurance policies, such as the Dairy Margin Coverage (DMC), which neither guarantee prices covering the farmers’ true costs of production nor address the corporate consolidation prevalent throughout our food system.

In addition to low prices, farmers and ranchers have faced extreme flooding, late planting, and the president’s tariff wars in the past year, making it one of the most volatile in recent history. Farmers in all sectors have received prices below costs of production for decades, but dairy producers are among the most vulnerable. Milk’s unique perishability and the vertical integration of the largest cooperatives, some of which drop farmers from their hauling routes with little notice, exacerbate long-standing problems in US food and farm policy. In February 2010, NFFC’s dairy committee brought this to then-USDA Secretary Vilsack and supported Senate Bill 1645, which would have required farmers’ costs of production to be factored into prices paid for their milk.

“All farmers – regardless of what they raise – should be paid a fair price. A good cooperative will help their farmer members get fair prices, but many have become vertically integrated and act just like corporations, forgetting who supports them and for whom they’re supposed to provide services,” added Ben Burkett, Mississippi Association of Cooperatives State Coordinator, produce and grain farmer and former NFFC board president.

The location of Farm Aid 2019 in Wisconsin is significant as the state is a top dairy producer, but farmers are selling their herds at near-record rates. The state is on track to lose more than 700 dairy farms for the second year in a row and has lost nearly 40 percent of its dairies in just the past 10 years.

“For most community-scale agriculturists, poverty is an everyday reality, exacerbated by the physical toll and around-the-clock commitment. We organize for dignity, so farmers won’t need food assistance, and will have access to adequate healthcare, and fair prices for their products. A viable agricultural economy is essential to reducing rural poverty,” said Mollie Wills, Rural Vermont Grassroots Organizer.

The US government’s outsized role in determining dairy prices means they have an outsized role in ensuring dairy farmers are paid fairly. Farmers nationwide are demanding Congress take action now, well before the next farm bill as some legislative staff have suggested, to address the high rate of small- and mid-scale farm closures destroying many rural economies. NFFC and allies are advocating for immediate emergency direct payments, scaled to dairy farmers’ true costs of production, as well as long-term structural reforms guaranteeing fair prices for farmer products and labor, a farmer-led system of managing milk production, a diversified dairy sector, and limited dairy imports.

NFFC will be in the East Troy-Lake Geneva region of Wisconsin beginning Thursday, September19. On Saturday, September 21, the HOMEGROWN Village is open noon-6pm. NFFC farmers from different sectors, including dairy, will be present to talk about their struggles and shared vision for the future.