Current federal dairy farm policies incentivize farmers to “get big,” making up for low prices with high volume, or to “get out.” Producing more milk instead sets up a vicious cycle in which increased production floods the market and succeeds only in lowering prices further. To compete in the “get big or get out” world, farmers must contend with unaccountable dairy cooperatives, fraudulent organic imports, international trade disputes, loss of buyers, and more. How will this cycle be broken? 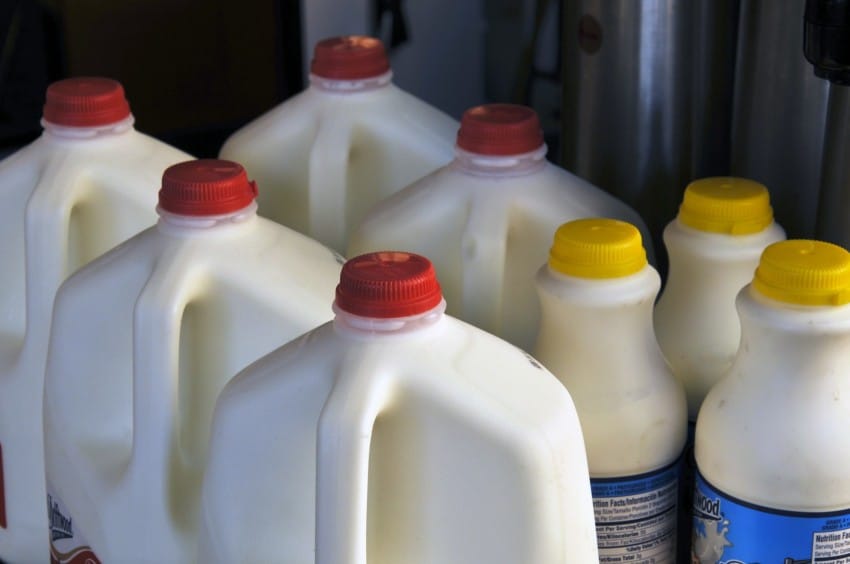 Over several decades, NFFC and our farmer members have been fighting for justice for dairy farmers by advocating a commonsense federal dairy policy that uses supply management to guarantee farmers fair prices while discouraging overproduction. In fact, supply management was a key component of US agricultural policy beginning with the 1930’s New Deal, and helped many farmers finally achieve parity - meaning that production costs were met and farmers were paid a living wage. Supply management works to curb falling prices caused by oversupply, instead of encouraging the “get big or get out” cycle. Eager to regain market control and achieve larger profits, agribusinesses slowly eroded supply management policies over the next few decades until they were abandoned entirely in the 1996 Farm Bill.

Today, we join the growing chorus of farmers and advocates in the Dairy Together coalition, which calls for emergency measures to end the dairy crisis immediately and for the US to adopt a supply management program to bring long-term stability to the industry. Click here to jump to NFFC’s dairy policy recommendations

Average milk prices for farmers have been well below production costs for years, forcing dairy farmers to rely on credit or to work off-farm jobs just to make ends meet. As farmers face a desperate struggle to pay for supplies and equipment, calls to suicide support hotlines have increased and dairy cooperatives have distributed mental health crisis resources.

Many farmers can no longer afford to stay in business and dairy farms are closing in record numbers. In 2020, more than 2,500 US dairies (seven percent of all US dairy farms) shuttered their doors. 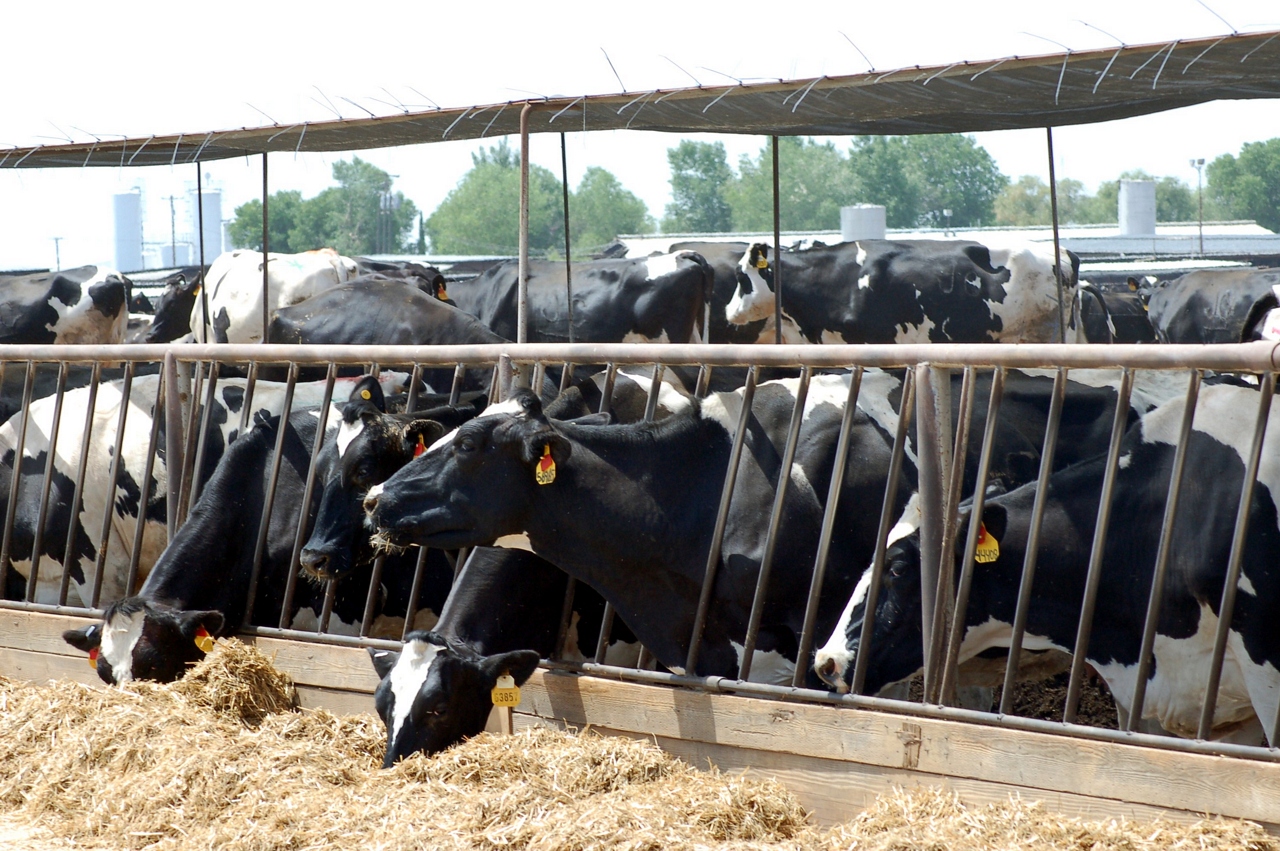 Dairy Farms Getting Too Big

Some dairy farms still look like the images on the yogurt carton: silos in the background, a red barn, and cows grazing on pasture. The farmer might milk 50 or 75 cows, which eat mostly grass or hay. Many of these farmers are certified organic or sell their milk to a processing company that markets milk from grass-fed cows, both of which afford the farmer a premium price. Even with that premium, it is hard for these small farms to stay afloat, and the unstable market could change at any moment.

Somewhat larger are many midsize dairy farms milking a few hundred cows each. The cows spend most of their days in large barns where they can move around freely, with some time outdoors. Too large to make a niche product and too small to absorb market fluctuations or long periods of low prices, these farms are hit the hardest by today’s dairy crisis.

Much larger operations – megadairies with herds from 1,000 to 20,000 cows – provide most of the milk in the US, and are the most able to weather low prices. Megadairy cows live in massive barns or on an outdoor lot without vegetation, and are milked as many as four times a day. There are only 2,000 dairy farms with more than 1,000 cows - but half of all milk sales in 2017 were from these large operations, with one-third of sales from dairies with over 2,500 cows.

In 1997, 125,000 US dairy farms were milking 9 million cows; in 2017, there were only 54,000 farms milking 9.4 million cows. During the same period, annual US milk production grew from 167 billion pounds to 218 billion pounds. The average herd size has grown steadily from 50 cows in 1987 to 175 in 2017. USDA research shows that production costs fall as farm size increases - the smallest farms have nearly double the costs as the largest farms. Profit exceeds production costs for large farms, while small farms continue to barely break even or even lose money. The message is clear - to survive in dairy, farmers have to get big or get out.

How Are Milk Prices Set?

Dairy farmers have little to no control over the price they receive for their product. They sell their milk to a processor that bottles it or uses it to make cheese, yogurt, and other products. Processors - like Danone, Nestlé, Aurora, etc. - set the price for milk, not the other way around. In economic terms, dairy farmers are called price “takers” rather than price “makers.”

The price the processor pays is based on the regional base prices for milk set by the US Department of Agriculture (USDA). This price has nothing to do with the average farmer’s expenses, but instead is based on prices for butter, cheese, dry whey, and powdered milk traded at the Chicago Mercantile Exchange. Manufacturers of dairy products (which are usually also the processors) tell the USDA each week how much they were paid for their butter and cheese. The USDA plugs these numbers into a complex formula that determines the price that processors must pay dairy farmers. Since the farmer’s costs of products are not considered, the base price for milk is often far less than what family-scale farmers need simply to break even. 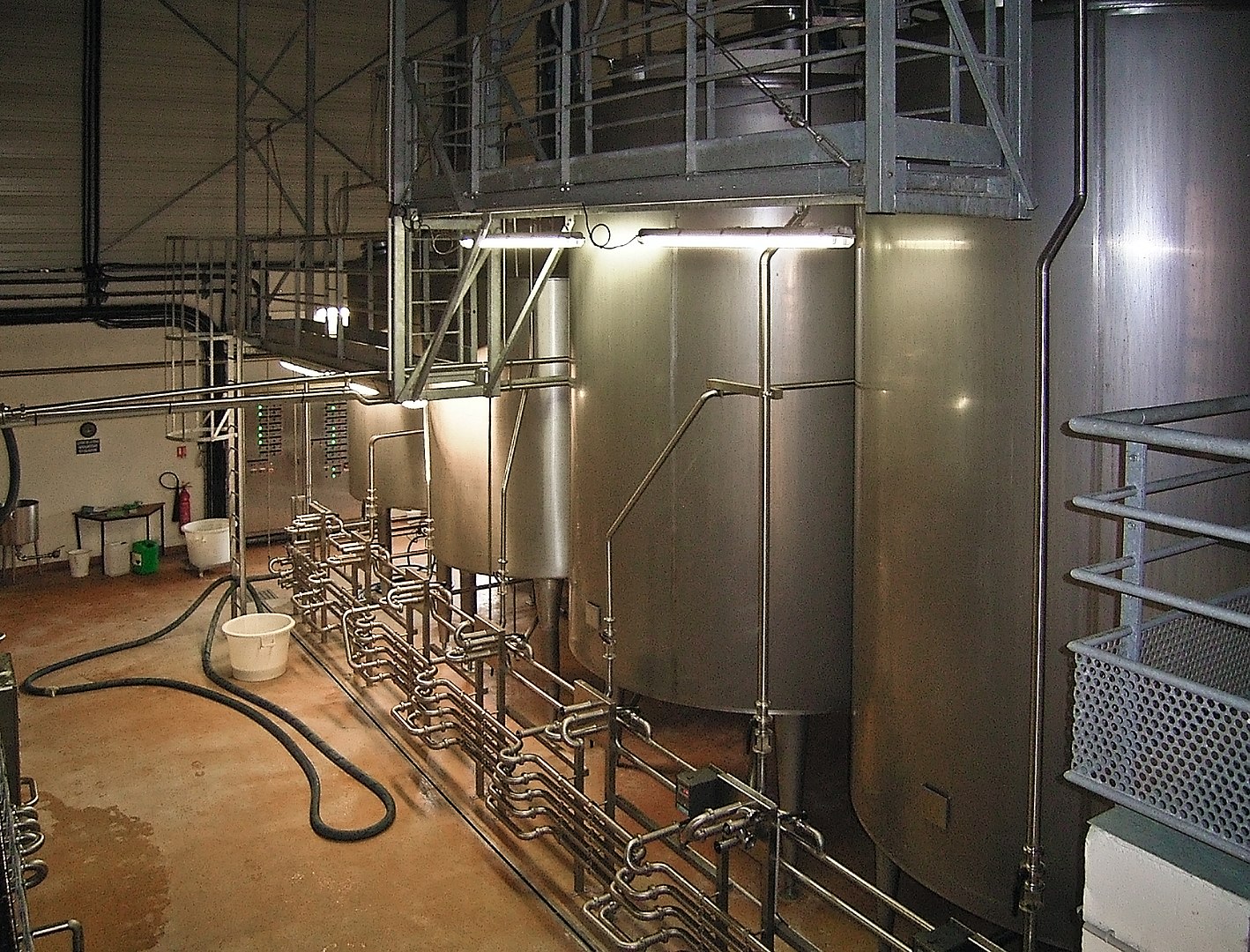 The Role of Dairy Processors

The extreme perishability and constant production of milk makes the farmer highly dependent on the processor. If the processor doesn't pick up a farmer’s milk, the farmer has nowhere to store it – given limited on-site storage and that cows produce milk daily. Farmers in this situation may have to dump their milk, literally sending food and money down the drain; this situation happened across the country early in 2020 at the beginning of the COVID-19 pandemic. In the current system, processors hold all the power to pay whatever prices they want. Farmers are forced to accept these prices or risk wasting their milk.

The situation is made even worse by a shrinking number of dairy processors. Historically, most regions throughout the country had many dairy processors, and farmers could negotiate among them for the best price. Some regions now only have one or two processors. The remaining few are on shaky ground as they continue to consolidate, or they prefer to pick up milk from just a few large dairies instead of many smaller farms. If the one processor in a farm’s region terminates a farm’s contract, there is nowhere to sell the milk and few options but for the farm to sell off its cows.

Even some supermarket chains now have their own dairy plants, further consolidating the dairy sector in fewer corporate hands and sacrificing dairy farmers’ contracts in the process. For example, in 2016 Walmart opened its own processing plant in Indiana to supply milk sourced from 30 megadairies to 600 of its stores. In response, Dean Foods, a dominant dairy processor which supplied nearly 20 percent of Walmart's milk, terminated their contracts with 100 family farmers in eight states after losing Walmart as a customer. Big box stores lead to the consolidation and closure of family farms, and consequently more megadairies. 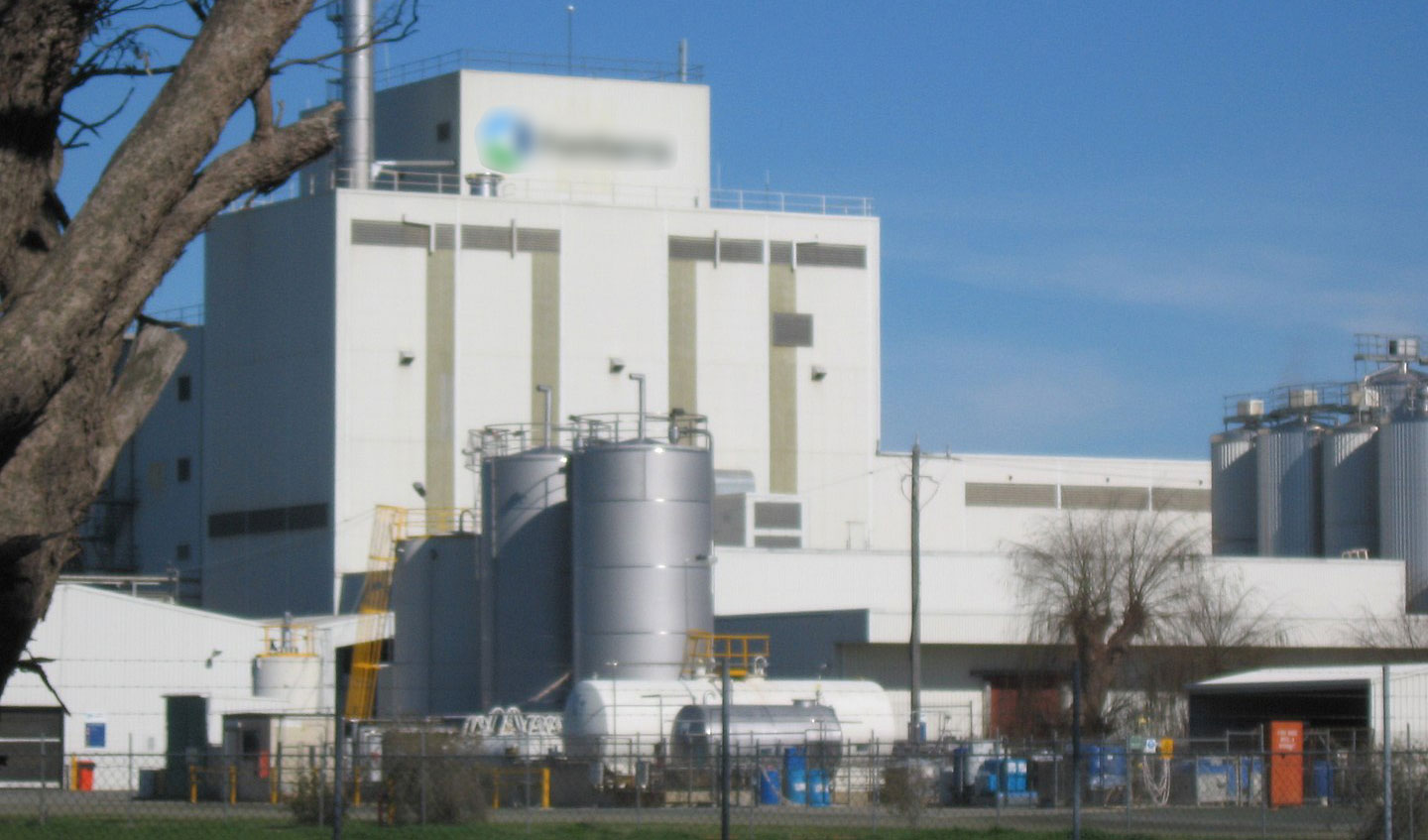 The Corporatization of Dairy Cooperatives

In an effort to gain more power over their prices, dairy farmers established cooperatives starting in the 1800s. Dairy cooperatives are owned and run collectively by members - pooling milk from several farms gives cooperatives the bargaining power to negotiate better prices for their farmer members. However, dairy co-ops have expanded and consolidated just like other agriculture sectors, and the largest of them today often work against the interests of their farmer members.

The largest dairy co-op, Dairy Farmers of America (DFA), controls one-third of the US milk supply and is involved in all parts of the supply chain, including processing and distribution. In 2020, DFA purchased the largest dairy processor in the US - Dean Foods, a move criticized by many as a clear conflict of interest between the co-op and its farmer members.

The acquisition of Dean Foods proved extremely profitable for DFA, which doubled its net income to $170 million in 2020 from $83 million in 2019. Despite record growth, only one-quarter of these profits were paid to its 12,500 members. DFA has also faced numerous lawsuits for price manipulation and accusations of collusion.

For decades, corporate players in the dairy industry have said the so-called “solutions” to farmers being paid less than their costs of farming is to produce more milk and dump that milk on rural communities outside the US.

The 2014 Farm Bill officially dismantled the US dairy price support system - after more than a decade of attacks on policies that benefited smaller-scale producers - which coincided with growing overreliance on dairy exports. Small and mid-size farmers are particularly vulnerable to an export-focused industry as most export markets are only accessible by large-scale producers.

The export market is unpredictable, and regularly goes through cycles of “booms'' and “busts”. Historically, the US was not a major exporter of dairy products. In the early 2000s, US dairy exports quadrupled from 2004 to 2014 before falling again since 2015. The decline of dairy prices is in part related to global trade factors, including increased production from the European Union and the end of EU milk quotas in 2015. Although US dairy exports increased in early 2022, producers cannot afford to gamble their livelihoods on such a volatile market.

Federal policy is the key to addressing the fundamental problem of low milk prices. Until the 1990s, the US had a policy that guaranteed dairy farmers a fair price and kept them from rampant overproduction and its consequences. Supply management continues to work generally well in Canada, where dairy farmers have secure livelihoods and can pass on their farms to the next generation.

If farmers know they are getting a price that will cover their costs, they can pay their workers a fair wage, take better care of their cows, and better manage their land.

Learn About the Milk from Family Dairies Act