A Fair Price = A Living Wage

Imagine you’re a business owner. You work hard making something people need. You have to sell most of your goods through a middleman, but there are often only one or two buyers. There’s no way to negotiate with just one buyer, so you have to take whatever price is offered. In recent years, the best offer has been about $37,000 for goods that cost you $100,000 to make. Economists in your field tell you if you want to make more money, you must produce more product, but you know that producing more will likely drive prices down even further for you and other business owners.

That’s today’s reality for farmers, ranchers, and fishermen. Is it any wonder they’re struggling -- living on zero income for four years and ever- mounting debt? The agribusiness companies setting their prices tell us that paying farmers their cost of operation means consumers will have to pay more. But one look at the current supply chain shows us that most of the money consumers pay goes straight into the pockets of those very corporations.

NFFC demands a living wage for all farmers, ranchers, and fishermen, which means fair prices for their goods. This can be done through policy changes and a demand from consumers to end the corporate control of our food economy. In the coming months, we’ll be launching a campaign for economic justice for food producers. Stay tuned!

But first, let’s look at how we got here. 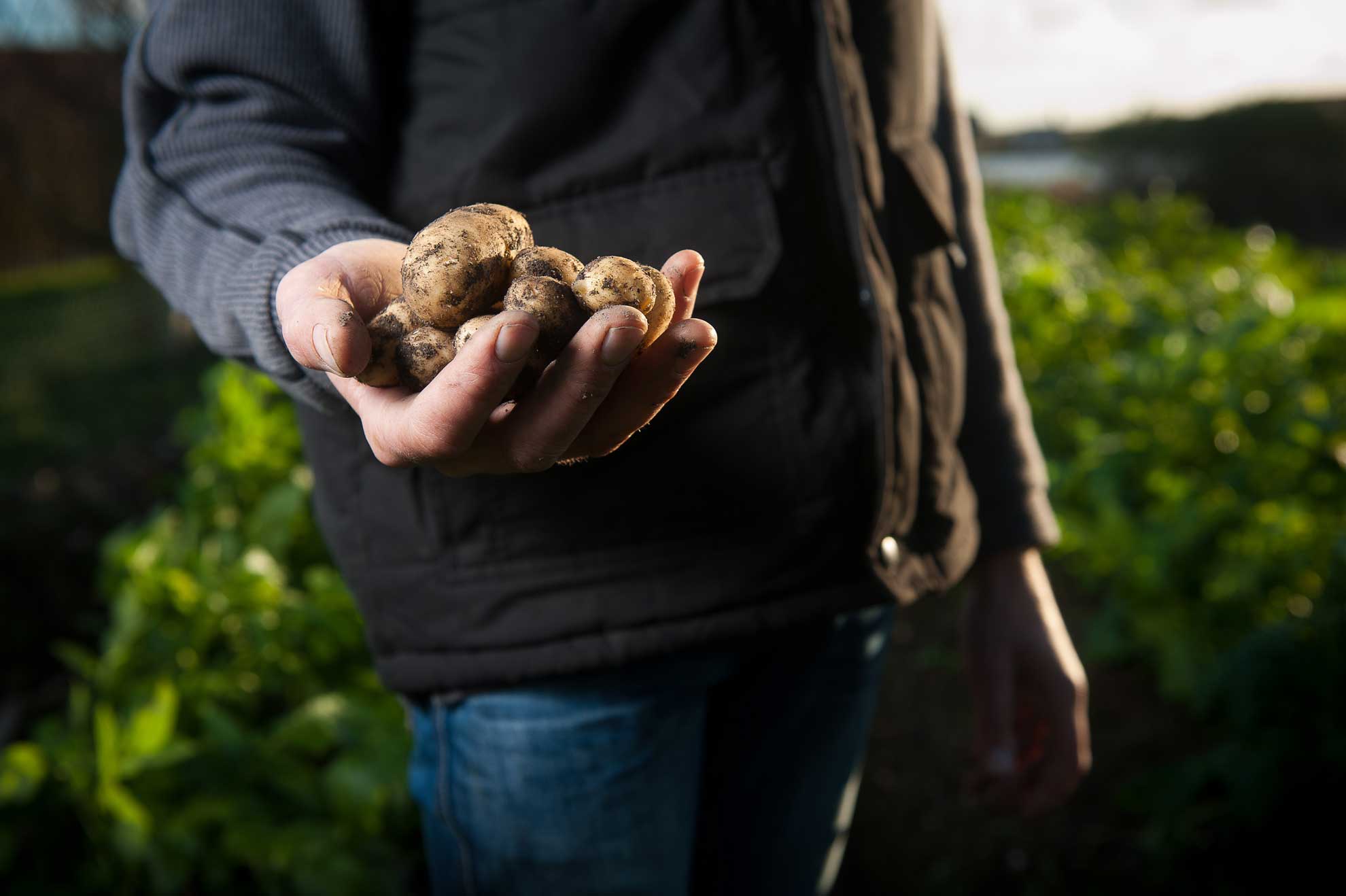 Farming is a volatile business. The best farmer in the world must contend with factors out of their control, from weather extremes to unexpected international tariffs. Ironically, a bumper crop (an unusually large harvest) can also be a disaster: if conditions provide for a huge corn harvest, the price that farmers get paid for their corn will drop because the market is saturated. That’s bad for the farmer, too.

Because farming is so unpredictable, and also so important – people have to eat – there is a long history of the government setting up structures to ensure farmers’ success. In the US, most of these structures are part of a huge piece of legislation called the farm bill.

Early farm bills were passed following the Great Depression as part of the New Deal. In the 60 years before that, the prices farmers were paid for their goods had been consistently low. This meant that goods were cheap for buyers -- so grain merchants bought grain cheaply and processed it into products they could sell at a large profit. Meanwhile, farmers were going out of business in droves. To keep farmers on the land and reliably producing food, the first farm bills aimed to stabilize their incomes, by raising the prices that corporations paid for farm goods by 50 percent or more.

Early farm bills raised prices by managing the supply of commodities, allowing a set amount of grain on the market. The system, called supply management, created mechanisms for dealing with a large harvest so that it wouldn’t make farm prices plummet. While it meant that farmers couldn’t plant more and more to make more money, it offered financial incentives for good conservation practices. It also set a floor price, like a minimum wage, guaranteeing that farmers could make a living. The floor price was based on farmers’ costs of production, so there was parity between income and expenses. (The period when this system was in effect is often called “the parity years.”)

US farm policy no longer manages supply or sets a farm price floor, but we could have a common sense system like this again. You can learn more about how supply management works here.

Starting in the 1950s, federal lawmakers steadily reduced the farm floor price, lowering it in every farm bill. The floor price and whole supply management system was ended for commodity crops like corn, soybeans, and wheat in 1996, and for dairy in 2014. Instead of managing supply, farm policy today encourages farmers to plant as much as possible – but with the market flooded by everyone producing as much as they can, prices drop. For individual farmers, the only way to make more money is still to produce more, but it makes the problem worse for everyone.

Consolidation makes things even worse. Remember the one buyer our business owner had back at the beginning? There used to be many companies that farmers could sell their goods to, whether grain traders, meat markets, or dairy cooperatives. Having multiple buyers allowed farmers to negotiate their price. The last few decades have seen rampant consolidation, so that now many towns or regions have only one or two buyers, if any. In that case, the buyer can set the price, and the farmer has two options: take it or leave it.

As the government eliminated floor prices and farmer revenue took a nosedive, it became clear that a mechanism was needed to make up lost income and to at least keep some farmers in business. Today’s farm safety net consists of subsidies and crop insurance, which compensate the farmer for losses due to low prices, weather, or other factors. But if a floor price is like a minimum wage, subsidies and insurance are more like food stamps: a critical lifeline, but not enough to replace basic economic justice.

To compare the two systems: In the parity years of 1942-1952, the price floor was set close to the cost of production, and farmers made a living wage. In the decades since, with subsidies and a lowered or eliminated price floor, net farm income (including all subsidies) has been much lower, sometimes just half of what it was in the parity years. In 2016, Iowa’s net farm income was only 33 percent of the 1949-1952 average.

But here’s the kicker: while a floor price set the fair market value that an agribusiness buyer had to pay the farmer, subsidies come from taxpayers and crop insurance premiums are paid by farmers. Agribusiness companies, on the other hand, get to buy farm goods at the lowest possible price they can find. Subsidies subsidize agribusiness, allowing meatpacking companies to buy below-cost grain to feed into factory farms and food manufacturers to buy cheap raw material to turn into processed food, while farmers barely scrape by.

But the solution is not simply to reduce or eliminate subsidies, which would leave many more farmers with no income at all. Subsidies are an inadequate effort to make up for the lack of a fair farmer price, but they are a lifeline for many farmers and communities. Without them, even more farmers would go out of business and only the very largest would be left. The subsidy system is like putting a small bandage on a severed limb: better than nothing, but not addressing the real problem.

Photo by Peter Wendt on Unsplash

So what is the solution? What are the elements of a food and farm system that produces healthy food and provides farmers with a living wage?