This week has been a busy week in DC. The TAFTA negotiators were in town and NFFC, along with other members of the Citizens Trade Campaign, greeted them on gray Monday morning. 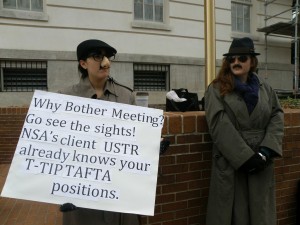 Spying on the USTR stunt 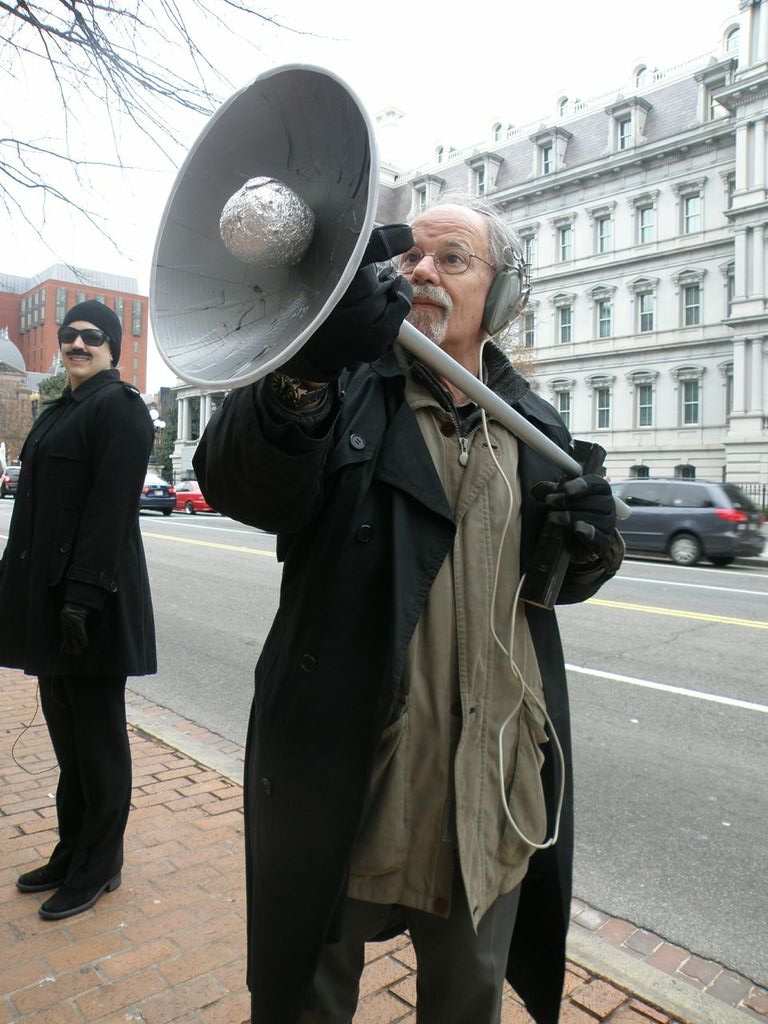 Apparently the USTR wasn’t too keen on us asking the negotiators to stand up for democracy and leak the TAFTA text, so they called Homeland Security on us… 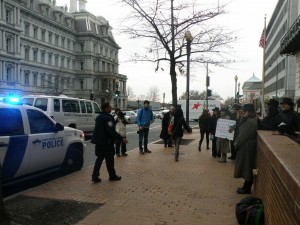 For those of you following along on twitter and facebook, CTC organizations, including NFFC, tweeted and posted heavily on Monday using the hashtag #SaveOurSafeguards.

On Tuesday, the Communications Workers of America hosted our TAFTA teach in symposium (video begins at 00:26:00). The teach in was divided into three panels: the first, on Financial Regulation, included Micah Hauptman of Public Citizen and Marcus Stanley of Americans for Financial Reform; the second, on Consumer Issues around privacy, digital rights, and health, included Peter Maybarduk of Public Citizen, Jeffrey Chester of the Center for Digital Democracy, Susan Grant from Consumer Federation of America, Krista Cox of Knowledge Ecology International, and David Plunkett from the Center for Science in the Public Interest; the third, on Localization, included Celeste Drake from the AFL-CIO, Karen Hansen-Kuhn of the Institute for Agriculture and Trade Policy, and William Waren from Friends of the Earth.

On Wednesday, we spent the better part of the day attending the Stakeholder Presentations hosted by the USTR. Kathy presented “T-TIP threats to Food Sovereignty”, as did representatives from the the AFL-CIO,  Public Citizen, Global Trade Watch, Consumer Federation of America, Friends of the Earth, Center for Food Safety, Center for Effective Government, Center for Digital Democracy, and the Union of Concerned Scientists, among others.

Tonight, Kathy will be attending a reception for the European Negotiators and Citizens Trade Campaign members.