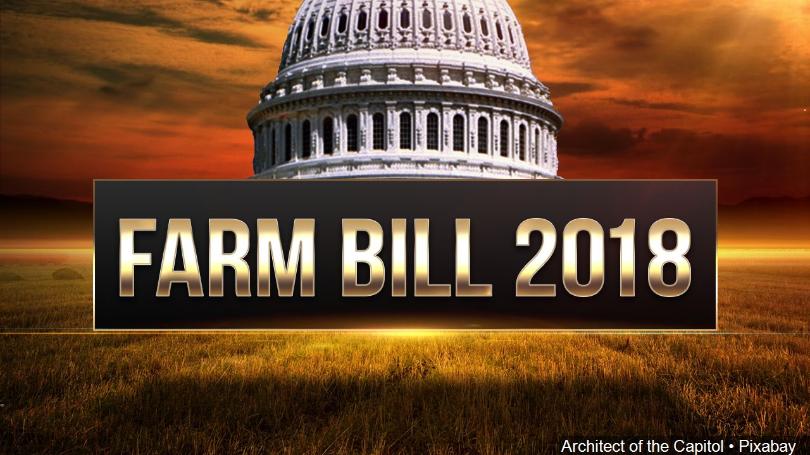 National Family Farm Coalition (NFFC) applauds the rejection of punitive work requirements to the Supplemental Nutrition Assistance Program (SNAP) and the inclusion of several “small but mighty” provisions in the final text of the farm bill released today, including measures developed by NFFC to improve credit access. However, NFFC does not support the overall status quo direction of the bill, which does not go far enough to improve the lives and livelihoods of family farmers and rural communities.

Jim Goodman, NFFC president and Wisconsin dairy farmer, said, “The final farm bill includes several measures that are critically important to NFFC member farmers, such as expanded credit and minority farmer rights, and small steps to address dairy oversupply through a milk donation program. But as in past farm bills, there is no long-term plan to address oversupply and the low farm prices that are driving farmers out of business every day. If Congress were serious about writing a farm bill that worked for farmers and the American public, they would address production management, reinstate farmer-owned grain reserves and acreage set-asides — as well as expanded and accessible SNAP program to provide healthy, locally-sourced food to all those in need.”

Two important provisions developed by NFFC are included in the final conference report. These make updates to language ensuring equitable credit relief (Sec. 5305) and USDA loan eligibility (Sec. 5307), thanks to the efforts of the Senate Agriculture Committee and the lead Senate and House negotiators. NFFC is also pleased at the inclusion of the following measures advanced by NFFC and its partners:

Savi Horne, Executive Director of Land Loss Prevention Project and an NFFC board member, said, “We are encouraged by several measures included in the farm bill that reflect the needs of small-scale family farmers, historically underserved African-American landowners and Latinx, Native American, veteran, and beginning farmers and ranchers. The commonsense fixes to ensure equitable credit and loan eligibility are much needed and will allow many farmers access to necessary credit. Clarification of heirs property rights is a huge win for Black farmers across the South, and will aid us in calling for the adoption of the Uniform Partition of Heirs Property Act across the South. We are pleased that funding was maintained for the critically important programs for socially disadvantaged and beginning farmers and ranchers, though we are concerned that matching fund requirements for the Beginning Farmer and Rancher Development Program were not waived and we will be seeking more clarity on the administration of the program.”

NFFC is also relieved that the farm bill conferees rejected the so-called King Amendment, which would have prevented state and local governments from regulating the production or manufacturing of agricultural products. NFFC vice-president Betsy Garrold said, “Food for Maine’s Future is enormously happy to see that the toxic King Amendment did not make it into the final version of the farm bill. Rejection of this amendment means that we can continue to do the work we have been doing for years to bring control of the local food system into the hands of the people.”

However, while these provisions are essential, the overall premise of this farm bill, like those of the past two decades, is to expand production, force foreign export markets to absorb the oversupply, and rely on insufficient subsidies and insurance programs to buffer farmers from the resulting low prices. These policies have driven farmers out of business, shrunk farmer prices and worker wages while profiting multinational corporations, devastated rural economies restricted aid for the neediest, and contributed to climate change and high obesity rates.

Darvin Bentlage, livestock and grain farmer and member of the Missouri Rural Crisis Center, a founding member of NFFC, says, “Farm income is near a 15-year low as we struggle with monopolized and globalized markets, a trade war, low prices from overproduction, lack of supply management, and corporate factory farms putting family farmers out of business. This farm bill continues the same pro-corporate policies that got us where we are today. Corporate agriculture lobbyists write the rules, while rural America faces a bona fide crisis. Congress should instead pass a farm bill that restores and protects an independent family farm system of agriculture, through a fair price, supply management, and enforcement of antitrust laws.”

Farm policy should support US family farmers and ranchers while providing an ample, safe, healthy, and affordable food supply for all and conserving land, water, and biodiversity. NFFC believes that all family farmers need a price that returns their cost of production; a farmer-owned grain reserve; strong conservation programs; a common-sense commodity supply management program; equitable credit access and oversight; and access to fair and open markets. A farm bill that doesn’t address these issues falls short of accomplishing the goal of feeding a nation while ensuring viability and vitality of rural communities.