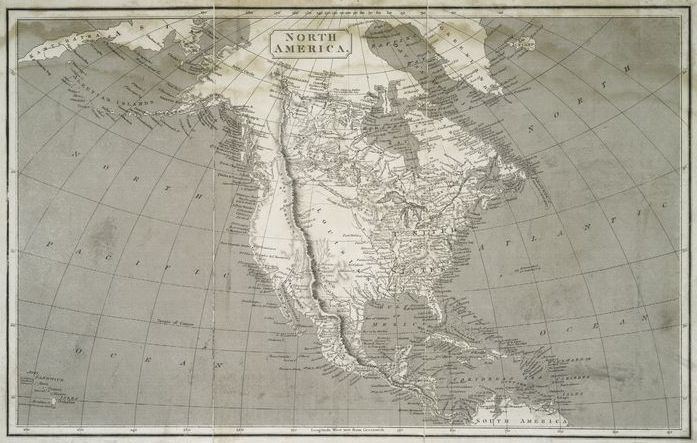 The Institute for Agriculture and Trade Policy (IATP), Food & Water Watch (FWW), the National Family Farm Coalition (NFFC), the Rural Coalition and the Western Organization of Resource Councils (WORC) appreciate the opportunity to comment on the proposed renegotiation of the North American Free Trade Agreement (NAFTA). IATP is a non-profit organization based in Minneapolis, Minnesota with offices in Washington, DC and Berlin, Germany that works locally and globally to ensure fair and sustainable food, farm and trade systems. NFFC represents 25 family farm and rural groups in 35 states whose members face the challenge of the deepening economic recession in rural communities. The Rural Coalition/Coalición Rural is an alliance of some 50 farmers, farmworkers, indigenous and migrant organizations working together toward a new society that values unity, hope, people, and land. Food & Water Watch is a national advocacy organization with offices in 14 states that works to ensure that food is equitably, sustainably and safely produced. WORC is a regional network of community based organizations in seven western states whose farmer, rancher, and rural community members have long advocated for a trade system that strengthens the health, environment, food sovereignty, working conditions and labor rights of all countries.

Current U.S. trade policy is designed to promote the interests of agribusinesses and other multinational corporations over those of family farmers and rural small businesses. The resulting agreements have contributed to the economic and social erosion of U.S. rural communities and have devastated farmers in trading partner nations, who cannot compete with the U.S. dumping of below cost of production crops, meat and dairy products. Prioritizing the overproduction of U.S. agricultural products for trade locks in a pattern of low farmgate prices and fails to address very real problems of farmers’ ability to stay on the land and the environmental unsustainability of U.S. agribusiness. These problems will be exacerbated, not solved, simply by increasing exports for multinational agribusiness firms.

We support the demands of many civil society organizations who reject NAFTA and similar free-trade agreements. NAFTA should be replaced with a different agreement with the goal of increasing living standards in all three countries. Any provisions related to agriculture must start from a goal of rebuilding farm and food systems to support fair and sustainable rural economies and food supplies.

It is unnecessary, because Canada, Mexico and the U.S. each have well-developed legal and judicial systems that are fully capable of addressing investor legal disputes related to the application of a country’s domestic law, which is the focus of ISDS challenges. It is undemocratic, because it allows private investors to sidestep the courts to directly challenge sovereign nations in private tribunals. Under ISDS, investors have received billions in cash compensation under vague standards that are inconsistently applied by arbitration panels riddled with conflicts of interest.[1] These standards, such as “minimum standard of treatment” do not track U.S. law and would not meet U.S. constitutional tests. In addition, the overbroad interpretation of what constitutes a compensable “investment,” including allowing investors to seek compensation based on the loss of poorly substantiated “expectation” of gain or profit, utterly undermines the capacity of elected governments to develop policies to meet the needs of their people and changing circumstances.

Although the investor-state tribunal has no power to directly nullify U.S. federal, state and local laws, in practice, when a country loses to an investor, it will change the offending law, pay damages or both. Moreover, a country need not even lose an ISDS case to be negatively affected; the mere threat of suit or filing of a case can chill future policy deliberations. As a result, laws enacted by Congress, executive agency rules adopted to implement those laws, decisions made by state and local governments, and even jury awards are all vulnerable to ISDS challenges. While to date, the U.S. has not lost an ISDS case under NAFTA, a series of decisions have upheld investor challenges to validly adopted, nondiscriminatory public policies in Mexico and Canada that are typical of laws also in effect in the U.S. For example, investors prevailed in NAFTA challenges to toxic waste disposal siting laws (Metalclad v. Mexico) and permit decisions intended to protect commercial fishing grounds from mining activities (Bilcon v. Canada). Moreover, the legal cost of defending an ISDS case is many millions of dollars. While the federal government is responsible for defending investor challenges that are lodged against state and local measures, state resources are heavily burdened during the course of such disputes, and U.S. states have had to pay millions of dollars in legal costs incurred in support of defending challenges to state environmental and public health measures.[2]

ISDS is a cross-cutting provision that threatens sustainable food and farming policies, whether addressing the concerns of farmers and rural communities facing polluted water from pesticide and fertilizer run-off, public health measures tackling obesity, or initiatives to reduce manure-produced methane releases that accelerate global warming. It is a fundamentally flawed mechanism that has no place in NAFTA. Adopting the “modernized” version of ISDS agreed to in the final Transpacific Partnership text does not fix these flaws. The proposed TPP changes were both limited and ineffective, and in any event fail to address the fundamental problem posed by ISDS, which is that it allows corporate investors to avoid being bound by the same rules of democratic governance as everyone else.

Recognizing the benefits of labeling to both consumers and farmers, Congress included country-of-origin meat labels for beef and pork in the 2002 and 2008 Farm Bill, although the program was not implemented until 2009. Canada and Mexico brought a WTO challenge against the commonsense label as an illegal trade barrier that same year. In response to the WTO COOL dispute, a broad coalition of 207 farm, labor, environmental and consumers’ organizations delivered a letter to the U.S. Senate in support of COOL emphasizing that, “Farmers are proud of the food they put on American dinner tables and support the current COOL labels that allow consumers to make more informed food purchasing decisions.”[3]

Mexico and Canada prevailed in their WTO case, and Congress addressed the WTO decision by repealing COOL for pork and beef products altogether. The negotiation to modernize NAFTA presents an opportunity to address the complexity of meat labeling to clarify points previously raised by Mexico and Canada, and to ensure that consumers in all three countries may know what is in their food. In the context of the larger NAFTA negotiations, it may be possible to resolve this dispute in a way that meet each countries’ concerns.

Another provision in the TPP calls for scientific evidence to be used in risk assessments to be “reasonably available.” This is a low standard for the use of scientific evidence, since it allows risk managers to continue the current U.S. practice of classifying large portions of commercialization applications for food and agricultural technologies as Confidential Business Information (CBI) and therefore not “reasonably available” for public review. A renegotiated NAFTA must require that all scientific studies and data be publicly available and that CBI classification not be granted to any evidence affecting food safety, animal disease, plant disease or invasive species.

Trade negotiators routinely claim that Sanitary and Phytosanitary Standards (SPS) chapters protect the right of all Parties to protect consumer, animal, plant and environmental health. However, these rights are meaningful only insofar as governments have or procure the financial, personnel and infrastructure resources to realize the right to protect. A renegotiated NAFTA must contain a provision to oblige governments to provide adequate resources to implement the SPS chapter and ensure consumer, agricultural animal, plant and environmental protection. If governments fail to do so, a renegotiated NAFTA must require governments to engage in state-to-state dispute settlement to provide the necessary resources, whether from public funds or from regulatory service fees applied to the supply management chain for food and agricultural products, ingredients and inputs.

Do not pressure Canada to weaken its dairy supply management program. Undermining Canadian supply management will not bring a large increase in U.S. dairy exports. Supply management helps ensure that dairy prices are high enough to cover the cost of milk production and keep Canadian family dairy farmers in business. The lack of U.S. dairy supply management results in overproduction and dairy processors pouring millions of gallons of raw milk down high tech sewers. U.S. dairy Confined Animal Feeding Operations survive not because of their so-called efficiency, but because of government payment to manage, unsuccessfully, the environmental and public health problems of fertilizing fields with uncomposted manure. Rather than exporting a dairy trade model that benefits price-fixing companies, the U.S. should emulate Canadian dairy supply management and export high quality dairy products instead of low quality products enhanced with imported Milk Protein Concentrate.

With the additional deep cuts proposed in rural development and nutrition programs, and a Farm Bill approaching in 2018, it is important to restore, not further restrict, the rights of the U.S. and its neighbors to construct the food and farm policies that best meet their needs. Trade agreements must promote policies that ensure farmers and ranchers receive prices that meet their costs of production and restore agriculture as the economic base of the rural sector. The changes made through NAFTA and in increasingly draconian immigration policies have left an agribusiness sector deeply compromised by worker shortages, yet still unwilling to offer fair wages and working conditions. Any new trade agreement must establish binding accords to address immigration and to protect farmworkers’ labor and other human rights, potentially including transnational collective bargaining efforts. Nations also should have the right and ability to protect their farmers from unfair imports that distort the domestic market, undermine prices and ultimately compromise the economic viability of independent farmers.

The Canadian government recently agreed to commitments that mandate sweeping coverage of provincial and municipal level purchasing in the Comprehensive Economic and Trade Agreement (CETA) with the European Union, and may seek similar commitments from the U.S. in the NAFTA negotiations. U.S. negotiators should resist making any changes to the current voluntary procurement policy in NAFTA that protects these state and local procurement provisions.

We are deeply concerned that the renegotiation of NAFTA could worsen the problems of rural livelihoods, unsustainable production and corporate concentration in agriculture that our organizations have experienced and documented over the last 23 years. We call on you to set aside this failed model and instead promote fair and sustainable trade and investment relations in North America.

[1] How law firms, arbitrators and financiers are fueling an investment arbitration boom, http://www.tni.org/briefing/profiting-injustice

[2] The State of California was among several to ban gasoline containing MTBE (methyl tertiary-butyl ether), due to the propensity of small amounts of the chemical to quickly move through aquifers and contaminate drinking water supplies. Methanex brought an ISDS suit against the U.S. under NAFTA for $970,000,000. At the close of the Methanex dispute, while the federal government was awarded full payment of the millions of dollars in fees and costs that it incurred while defending the case, California was not similarly compensated. States were also out of pocket defending NAFTA tobacco regulation challenges. See, Intergovernmental Policy Advisory Committee report on Transpacific Partnership (December 2015): https://ustr.gov/sites/default/files/Intergovernmental-Policy-Advisory-Committee-on-Trade.pdf