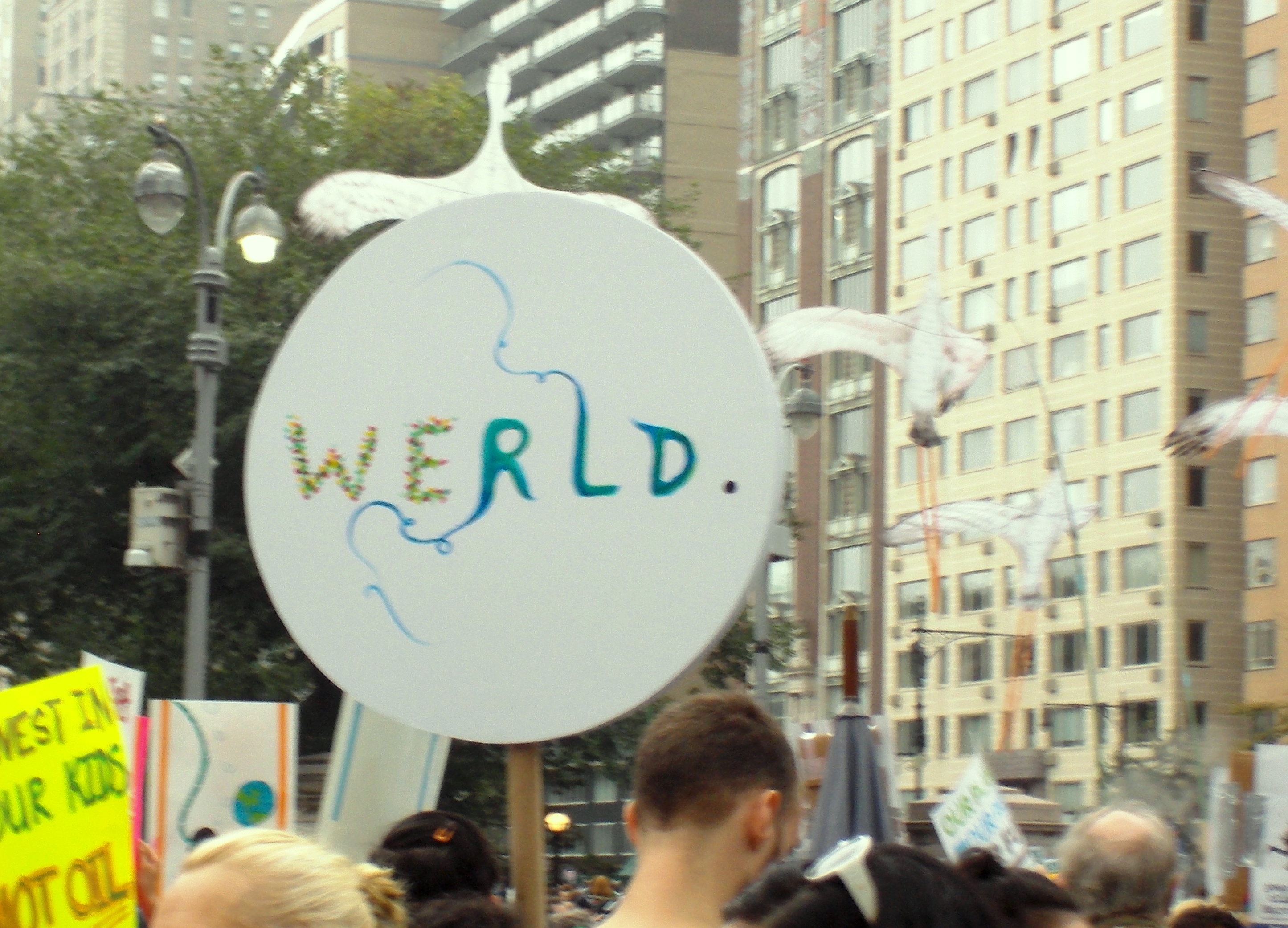 The US Food Sovereignty Alliance, an alliance of food justice, anti-hunger, labor, environmental, faith-based, and food producer groups, is joining in solidarity with the It Takes Roots Coalition at the People’s Climate March in Washington D.C. on April 29, 2017 to stand for “the rights, actions, and leadership of communities who are at the frontlines of fighting for water, land, and home.”

As a US-based organization, the USFSA upholds the right to food as a fundamental human right and works to connect our local and national struggles to global movements led by farmers, fishers and indigenous people. Corporate-controlled industrial agriculture and fishing are significant contributors to climate change and smallholder farmers producing and harvesting food build the resiliency of ecosystems which contribute to both nourishing people and cooling the planet.

Humans have a right to the resources required to meet their basic needs and provide themselves with shelter, sustenance, and an adequate livelihood. The means of meeting these needs are often embedded in cultural practices that are vital for people’s sense of identity. Food feeds more than the body.

Climate change increases hunger.  A sustainable and nutritious food supply is essential for the entire human population, but it’s also essential for the economic well-being of food producers.  People who produce food – like farmers and fishers – are often hardest hit by climate change, which directly affects their family’s food supply and sources of income.  With 78 percent of the world’s poor relying on farming to support their families, it’s important to develop sustainable ways of farming that support both the environment and those who rely on crops for economic stability.

The industrial food system accelerates climate change.  The corporate-controlled, profit-driven industrial food system is responsible for 44-57% of all global greenhouse gas emissions.  Emissions from agriculture, forestry and fisheries have nearly doubled over the past fifty years and could increase an additional 30 percent by 2050.

Industrial agriculture requires deforestation to make room for endless fields of soybeans, corn, grain, oil palm and sugar cane.  It requires the dispossession (often times violently) of indigenous peoples and smallholder farmers from their territories through land grabs to make room for resource intensive mega plantations and unsustainable resource extraction.  Today small farms account for 90% of all farms yet occupy less than a quarter of the agricultural land.

The industrial food system relies heavily on the extraction and refinement of fossil fuels to produce chemical insecticides and herbicides which results in nutrient depleted soils in addition to contaminated bodies and ecosystems; the further removal of land from food production; and green gas emissions due to the transportation required for global trade.

Industrial aquaculture depends on the fossil fuel driven harvest, processing and distribution of wild fish, often depleting resources and ecosystems that small scale fishers depend on while growing salmon and shrimp for first world markets.

Food sovereignty is climate justice.  Cooling the planet and nourishing people go hand-in-hand.  We can cool the planet AND ensure adequate food and nutrition to the world’s human population by fighting the destructive and building the new.

Food sovereignty rejects the false solutions of so-called Climate Smart Agriculture (methods that call for increased productivity and intensification) and tax incentivized conservation and reforestation and calls for the scaling out of agroecology.  Agroecology is a science and practice defined in the daily lives of millions worldwide that puts food sovereignty into action.  It represents both a form of agricultural production and a process for organizing and building community self-determination. Agroecology is a way of life and a pathway to end hunger, protect our natural environment and transform society. It is farming, feeding, restoring, preserving, protecting and democratizing, grounded in the ongoing accumulation of knowledge of those relying on nature’s resources to nourish their families and communities. And it begins with an intuitive understanding that ecology is about the interdependent relationships of natural organisms—including humans—to their local environment.

Food sovereignty calls for the self-determination of indigenous communities, valuing women’s leadership, and the defense of territories, land, water and seeds.  A small fraction of lands and water are still in the possession of indigenous communities, farmers and fishers, nevertheless they continue to produce most of the world’s food, steward the land and defend the rights of Mother Earth. We need a food system that works for and nourishes everyone, not towards the capital gains of a small percentage of people.

Food sovereignty calls for policies that support local economies and local markets.  Localizing production, processing and distribution of food cuts out the need for extensive food miles resulting in greenhouse gas emissions, and creates and supports jobs through the development of local businesses. This localization redistributes wealth, power, and decision-making into the hands of the people.

Food sovereignty calls for a deepening and strengthening of democratic processes that puts people before profits and protects nutritious food as a fundamental human right. Food sovereignty is defined by communities’ control over the way food is produced, traded and consumed and protects their rights to define their own food and agriculture systems.

Food Sovereignty and Climate Justice is only possible through a rural-urban, internationalist alliance led by working people. As resource poor people at home experience the effects of food deserts and people around the world are violently driven from their land in the name of profit, a global response is necessary. The presence of the US Food Sovereignty Alliance in alignment with the goals of the It Takes Roots delegation at the People’s Climate March is an important step in building towards such a broad-based alliance.

The US Food Sovereignty Alliance (USFSA)