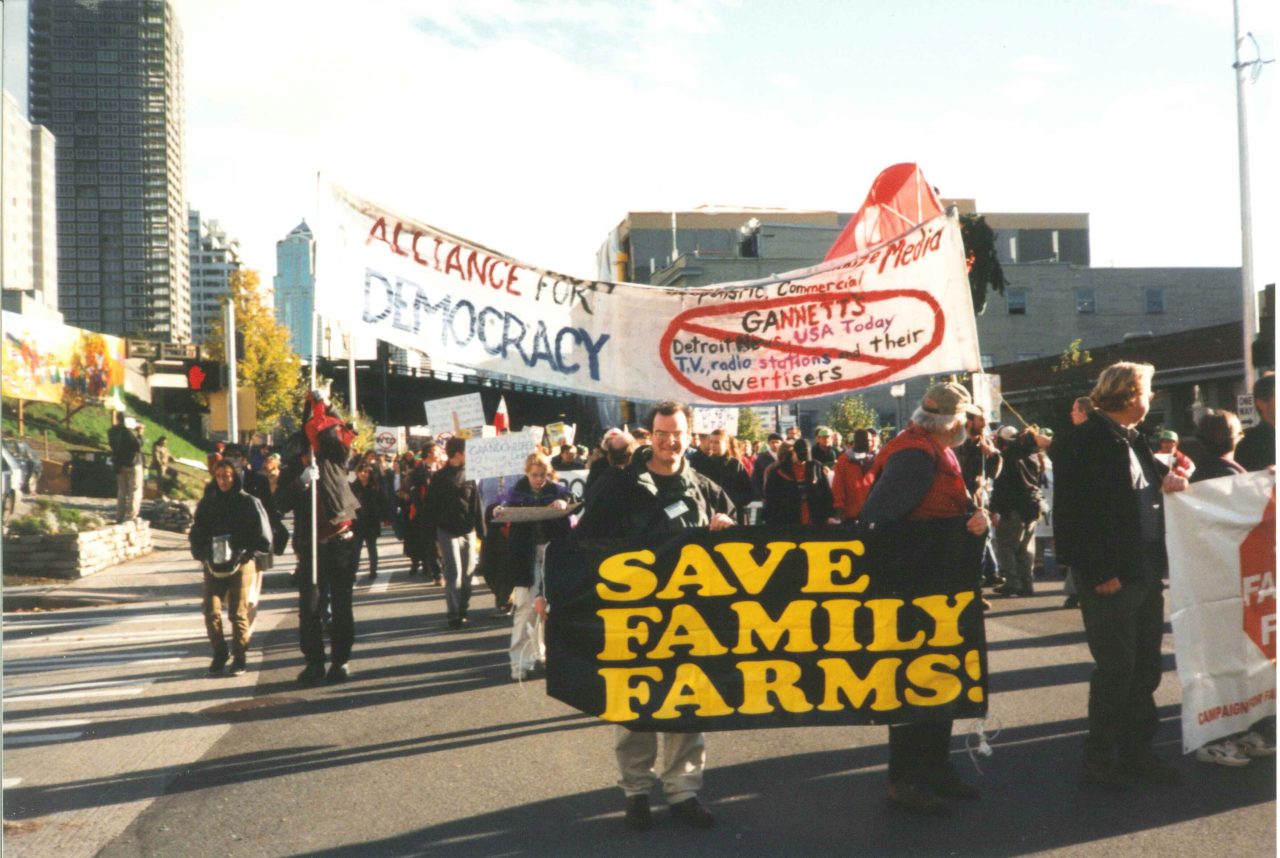 MINNEAPOLIS—Today, 87 farmer organizations and allied agroecology, farm and food justice groups in the United States delivered a solidarity statement in support of Indian farmers’ historic protests to Samyukt Kisan Morcha, a united front of over 40 Indian farmers unions. In the statement, U.S. groups express respect for the unified struggles of the farmers and farmworkers and urge both U.S. and Indian governments to support independent family farmers and localized food systems to protect food sovereignty and the livelihoods of millions.

India’s farmers have mobilized to create one of the world’s most vibrant protests in history against unjust farm laws that will increase agribusiness’ stranglehold over their food system. They have rallied around a cry for the repeal of three laws — passed without farmers’ knowledge or consultation — that aim to liberalize Indian agriculture and food sectors, not only at the cost of farmers, but also the food security of India’s poor. One key demand of the protesting farmers is for farmers to receive a Minimum Support Price (MSP) for all crops to limit the market power of buyers in highly unequal markets.

The U.S.-based signatories of the solidarity statement recognize the role the U.S. government has played in creating the conditions that led to these repressive laws. The U.S. has been a key opponent of India’s limited use of MSP at the World Trade Organization, arguing that it represents an unfair subsidy. Yet, the U.S. government spends tens of billions of dollars on its agriculture, much of it in programs that directly contribute to low prices and commodity dumping in international markets. Under the Biden administration, the U.S. has a powerful opportunity to shift U.S. trade policy to allow other countries to support fair markets for their farmers and shift its own agricultural policy to ensure parity and environmental and racial justice in the U.S.

The signatories are concerned by several additional factors not included in this statement, such as the unconstitutional ways in which these laws were passed without following proper parliamentary rules and the Indian government’s use of authoritarian tactics to deny farmers’ right to dissent democratically.

The solidarity statement was co-sponsored by members of U.S. farm, food and racial justice organizations, including the National Family Farm Coalition, Rural Coalition, Northwest Atlantic Marine Alliance, Institute for Agriculture and Trade Policy and the Grassroots Global Justice Alliance, as well as diasporic Indians who continue to work with farmers groups in India.

“Liberalizing markets without taking into account farmers’ political voice and protecting against concentrated buyer power makes a mockery of what markets should stand for; we denounce the three farm bills, the lack of consultation with farmers and their organizations, and stand in solidarity with the brave stance India’s farmers are taking,” says Sophia Murphy, executive director of the Institute for Agriculture and Trade Policy (IATP).

“A majority of India’s farmers are hurting, and the draconian steps that the Indian state has taken in response to peaceful farm law protests (demanding assured returns on farm produce) and against those supporting the strike (such as the detention of 21-year-old Disha Ravi, co-founder of Fridays For Future in India) is making the fault lines of Indian democracy visible to the world. India is at a turning point: it can decide to honor the demands of its farmers or continue to stand by Indian billionaires who would benefit from these farm laws,” says Shiney Varghese, senior policy analyst at IATP.

“We are honored to join the Institute for Agriculture and Trade Policy, Rural Coalition, Grassroots Global Justice, and 83 additional organizations standing in solidarity with the farmers and farmworkers in India who have been protesting for 85 days to protect their minimum price guarantees. We have been forced to accept low farm prices and we support their demands for economic parity — fair prices and living wages — to defend their livelihoods, their food sovereignty and the future of their republic,” Jim Goodman, board president of the National Family Farm Coalition.

“The Rural Coalition, which has fought for four decades for the civil and human rights for all producers and farmworkers in this nation, sends our strong support and deep respect to the heroic family farmers and farmworkers of India as you stand united together to protect the Minimum Support Price (MSP) and stop government policies that destroy the livelihood and future of family farmers, farmworkers and rural peoples,” says John Zippert, chair of Rural Coalition.

To read the statement and view the full list of signatories, visit: https://nffc.net/statement-of-solidarity-with-indias-farmers/.