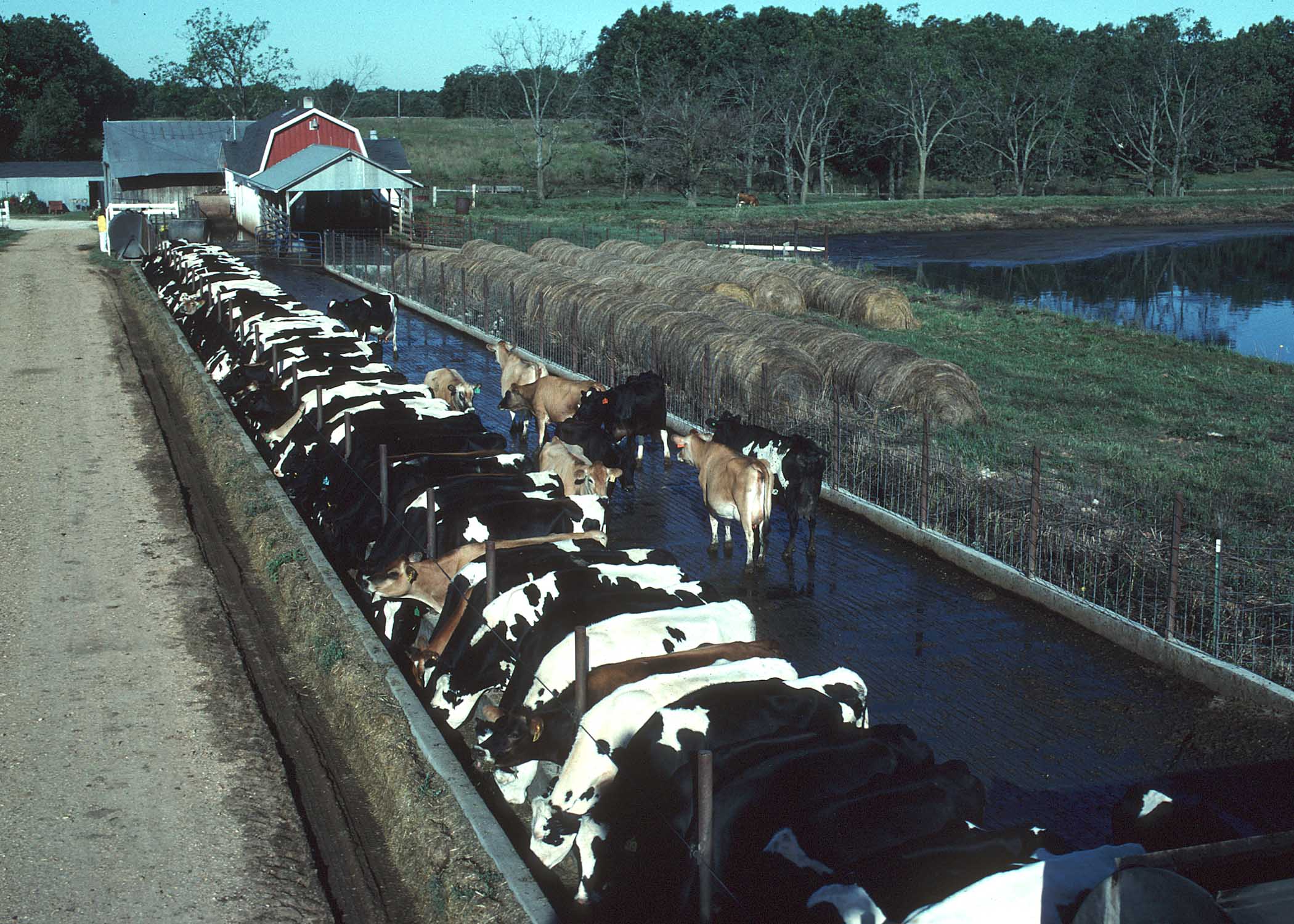 As dairy farmers have seen many times in the past, a glut of milk has flooded the market and dropped farm pay prices to the point that some farmers will be forced out of business. Generally it is the smaller farmers that go first. For them, credit, to try and ride out the storm, is harder to come by.

CAFO’s (concentrated animal feeding operation) seem to be the preferred method of dairy production in the US. Processors and retailers like the model, sort of a one shop stop to get as much milk as you need. Consistent volume of production pretty much year round makes sourcing easy an no pesky farmer co-ops complaining about low prices need be involved.

I personally never thought the CAFO model would show up in the organic dairy business, at least in my lifetime. Sadly I was very wrong. Large dairy farms, mostly in the Western US, in recent years have ramped up production to the point that there is now a glut of organic milk on the market, and our prices, like those of overproducing conventional farmers, have fallen well below the cost of production. We are all slowly going broke and going out of business.

In the organic world it is generally not the small farmer who is producing too much milk. Following organic production requirements keeping cows on pasture in season and ensuring minimum of 30% dry matter intake from pasture is not a burden for farms like ours—it’s just part of a farming system that works, that’s why its also part of USDA organic standards.

Whether CAFO farms are actually organic is the real question. USDA inspectors insist these farms, like Aurora in Colorado, are meeting the standards despite investigations by the Washington Post and Cornucopia Institute showing only a few hundred cows at most, out of a herd of 15,000 on pasture at any given time.

Having raised cattle on pasture all my life, I am always at a loss to understand how 15,000 cows could be moved to and from pasture between milkings. Cows move slowly, 15,000 would require hundreds of acres of grass per day—that is a long walk. Impossible.

But having the blessing of UDSA, CAFO’s continue to grow to the point that “About half of the organic milk sold in the U.S. is coming from very large factory farms that have no intention of living up to organic principles.” according to Mark Kastel, co-director of the nonprofit Cornucopia Institute.

This milk is part of a captive supply chain between the CAFO organic dairies and the big retailers, Wal-Mart, Costco, etc. Works very well for both parties, lots of milk produced cheaper than real organic milk (as the CAFO’s are allowed to ignore at least some of the organic standards) so the big retailers can undercut milk prices paid to small organic farms, and the CAFO has a guaranteed market.

This is not a new phenomenon, conventional pork, poultry and now dairy farmers as well, have over the years, seen a similar process take over and decimate their supply chains. Once the big players control the system it is all but impossible for a small farmer, cheese maker or meat processor to get into the system—that’s why its called a captive supply.

To hell with the free market, farmers are encouraged to get a contract, it’s safe, you have a market—perhaps not a good price, but at least a market. Things used to be different, buyers were competing for milk, which was good for our price. I remember having three milk processors at our farm at the same time trying to get our milk. Those were the days.
http://rusbankinfo.ru