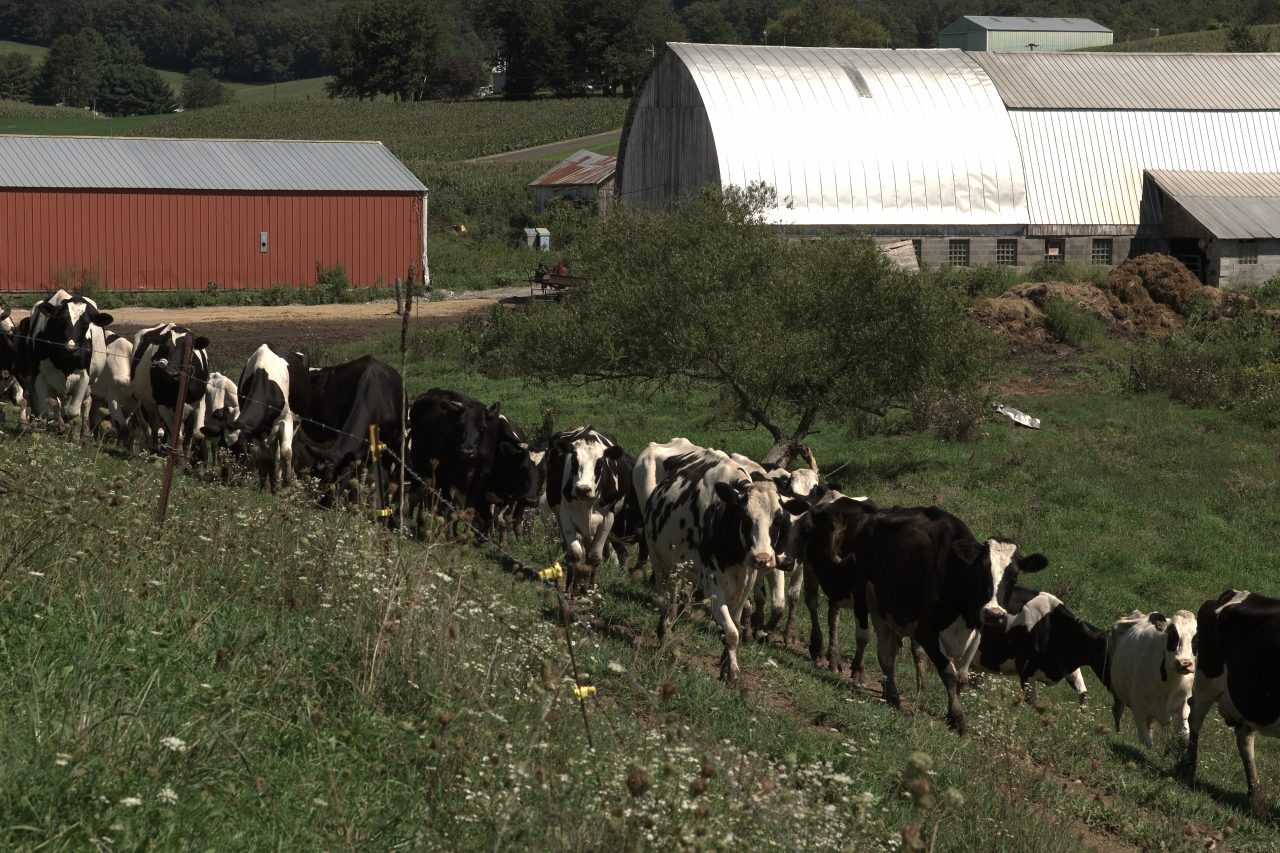 Dairy farmers and farm workers are fighting for their survival, literally and figuratively, while U.S.  trade and agriculture policy is being leveraged against them for the benefit of corporate interests.  COVID-19 has disproportionately impacted food chain and farm workers in North America,  crippling corporate food system distribution and processing. After more than six years of sinking  farm prices (often below the cost of production), mounting debt, and rising bankruptcies, these  failures of the highly consolidated food system only added to the economic pain of family-scale  dairy producers.

In the final days of 2020, the Trump administration exacerbated these challenges by filing the first  petition for dispute settlement under NAFTA 2.0, or the U.S.-Mexico-Canada Trade Agreement  (USMCA), aimed toward undermining Canada’s dairy supply management system. This action, if  implemented, would imperil the livelihoods of Canadian farmers and unionized dairy processing  workers, pitting U.S. dairy farmers against working families across the border.

Representing 21 farmer, worker, and civil society organizations in the dairy industry and broader  U.S. food system, we are unified in opposition to the U.S. government petition against Canada,  and we call on the Biden-Harris administration to rescind this action and instead advance strong  worker rights protection and dairy policy reform policy in the U.S.

The U.S. government has been trying to dismantle Canada’s federal and sub-federal supply  management systems for years, not to benefit U.S. farmers or workers, but rather corporate dairy  interests. During the final USMCA negotiations in 2019, the Trump administration touted the free  trade agreement as a “win” for struggling U.S. dairy producers, because Canada had conceded a  limited increase in market access under significant political pressure. Independent U.S. dairy producers rejected this use of trade policy to undermine farmer and worker livelihoods abroad (see here and here). Nonetheless, the U.S. and Canadian governments settled on a compromise,  embodied in Chapter 3 of the trade agreement, which outlines a system of “tariff rate quotas”  (TRQs) that require Canada to import more milk protein concentrates (MPCs, a low-cost  ingredient often used in the manufacture of cheese and yogurt). Ottawa published a breakdown of  TRQ “allocations” in mid-2020, the Trump administration disputed them, and began the process  of USMCA dispute settlement, alleging violations of the market access concessions. The Biden Harris administration has now inherited this dispute process, with both governments currently in  consultations.

Continuing to pursue this complaint is clearly out of step with the new administration’s stated  commitments to reform the U.S. trade agenda to be pro-worker rather than a business as usual  approach that actively favors multinational corporations. This is an issue for dairy workers and  farmers in both Canada and the U.S. Similarly, the Biden-Harris administration must also  recognize the significant economic toll that the last three decades of U.S. trade policy has taken on independent, family-scale food producers in the U.S., particularly in the dairy sector. This is the moment for the administration to direct USDA and the USTR to change direction: instead of  undermining Canada’s dairy system, they should take a page from Ottawa’s popular playbook. We call on them to work with dairy farmer organizations and Congress to design and implement dairy  pricing reform and market management policies that protect small farmers, ensure fair prices, and support working families and thriving rural communities.