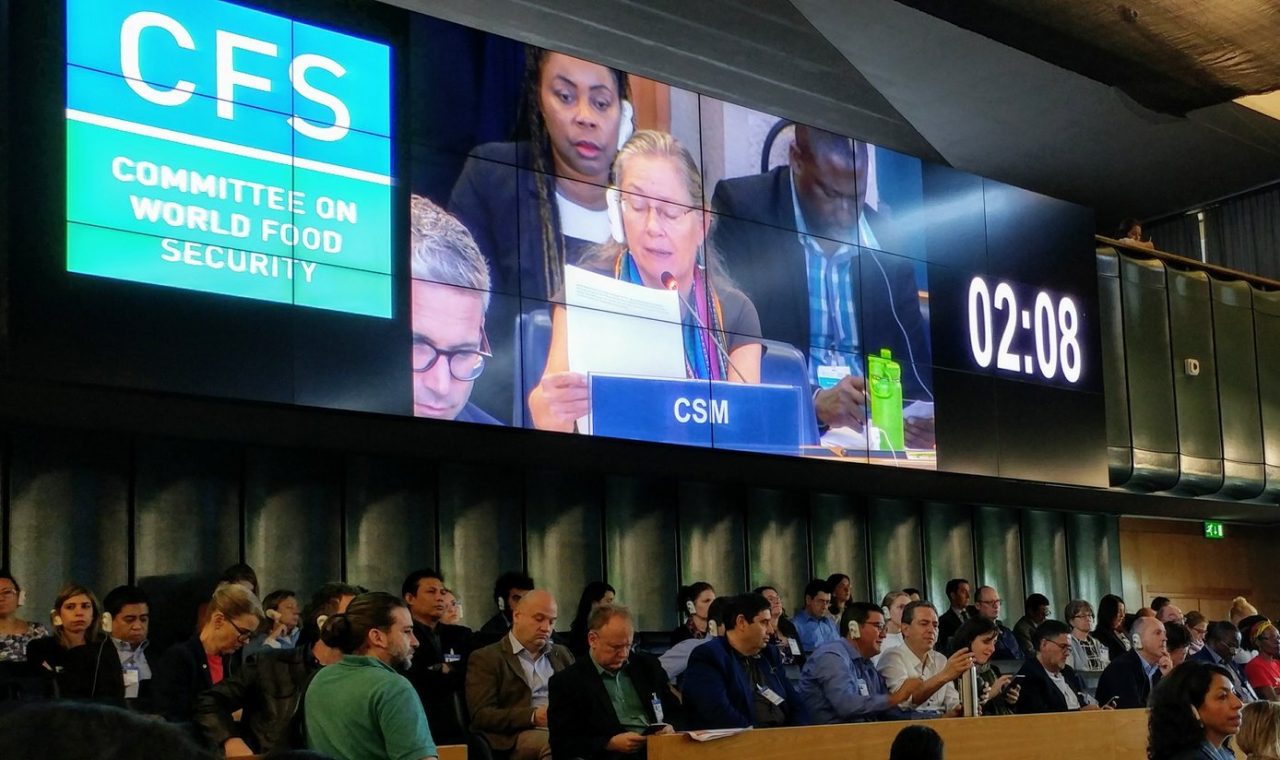 Our food and agriculture system is in crisis. The UN Food and Agriculture Organization (FAO) finds that global hunger has increased to 820 million people – 1 in 9 – while malnutrition has skyrocketed to 2 billion people – about 1 in 4. Meanwhile, farmers globally face chronically low farm-gate prices, rising input costs and extreme weather linked to climate change.

Here in Iowa, family farms are experiencing the worst crisis since the 1980s, with farms under extreme levels of debt not seen in decades. Iowans are also suffering from poor water quality due to run-off, including from fields over-fertilized with manure from industrial hog operations (hogs outnumber people 8-to-1 in Iowa).

Family farmers did not cause this situation. For decades, agribusiness multinationals have pushed policies and technologies that pollute soil and water, drive the climate crisis (industrial agriculture contributes at least 22% of greenhouse gases), and push farmers off the land. As a result, corporate profits continue to rise as multinationals profit from the sale of their technologies.

This 21st century farm-climate-hunger crisis requires real solutions, developed and championed by family farmers, scientists, and advocates. But instead of highlighting them, this month in Des Moines the World Food Prize is (once again) recognizing more false solutions.

Simon Groot, the 2019 World Food Prize laureate, is founder and CEO of East-West Seeds, a Dutch company — whose partners include Monsanto and other agribusiness seed giants — specializing in hybrid seeds for farmers to grow export-oriented crops in Asia. But farmers in Asia want the same thing we need here in Iowa: Access to locally-adapted public seeds, fair prices that cover our costs of production, and freedom from corporate control.

Food producers have a clear vision of how to reform agribusiness’s failing model – through scaling up agroecology. This week the UN Committee on World Food Security (CFS) – a global policy forum where farmers, workers, consumers, women and others in the food system have a real voice in the policy-making process — is meeting in Rome to consider a report from an independent panel of scientists. The report concludes that agroecology – the science, movement, and practice of agriculture based in biodiversity and ecology – can ensure food security in the face of today’s global crises. The report includes broad-level criticism of hybrid seeds coupled with synthetic fertilizers, pesticides and other technologies that limit producer autonomy.

Agribusiness claims to “feed the world” but in reality, family farmers feed ourselves and our communities. We stand with farmers and peasants in the global agroecology movement, and call on the state of Iowa, which funds the World Food Prize, to stand with us, too.