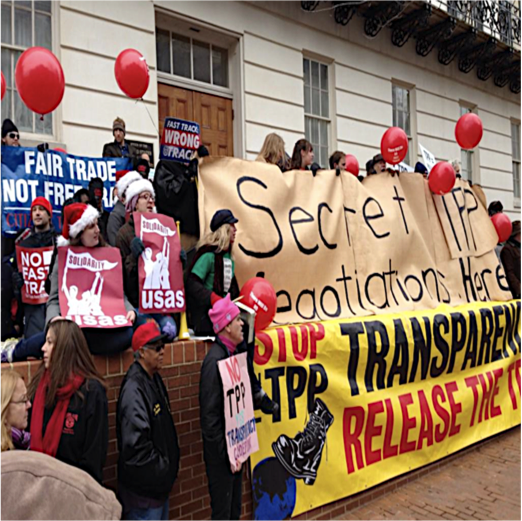 Dena Hoff, board vice president, said, “There is too much riding on these trade agreements for the people impacted to have no say in their future. Legislators in all participating countries need input from citizens, but that can’t happen without transparency and with the influence of 600 mostly corporate advisors. Why would uninformed lawmakers wash their hands of their responsibility to read, debate and amend the terms of these agreements?”

The letter may be read here.