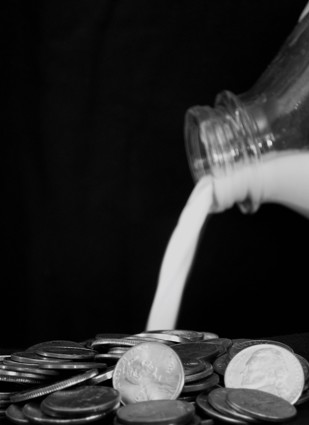 We are responding to your query: “Two of you made explicit comments in support of [Canada’s dairy] supply management system. In recent months, Canada has been exporting nonfat dry milk powder on the global market at what looks to us like dumped prices. I was wondering if you had a comment about that. This effect is the overall view we (USTR) have of the Canadian system.”

We have read the U.S. dairy trade groups’ letter [1] describing their view of Canada’s change to its domestic milk pricing system, and see no data supporting the U.S. claims of dumping. Canada’s milk production—and their capacity for producing what the U.S. calls ultrafiltered milk—is currently minimal compared to that of the U.S. In fact, Canada is an importer of ultrafiltered milk. Per Statistics Canada, nearly 27,000 tons of non-tariff milk protein substances worth almost $130 million entered Canada in 2015, which was more than double the volume in 2013. [2] Their dairy supply management program and  minor changes to their domestic pricing policy apply to a market volume far too small to affect global skim milk powder supply, much less global dairy prices.

However, NFFC farmers have long named the source of failure for U.S. dairy farmers at large—the lack of supply management compounded by the lack of fair farmgate prices that cover their costs of production. [3] Minnesota and Wisconsin dairy farms will not be forced out of business from Canada’s domestic dairy product price change or their exports to the U.S. but by U.S. dairy policy, which promotes large, concentrated animal feeding operations. Meanwhile, U.S. government agencies have refused to prosecute dairy processors guilty of price-fixing—two situations which have damaged U.S. family dairy farmers considerably more than the limited Canadian import/export dairy market. The 2014 Farm Bill’s Milk Margin Protection Program has failed our famers, about which even Rep. Collin Peterson (D-MN), Ranking Member of the House Agriculture Committee, recently stated:  “Changes need to be made in order to provide meaningful risk management for the dairy industry.” [4]