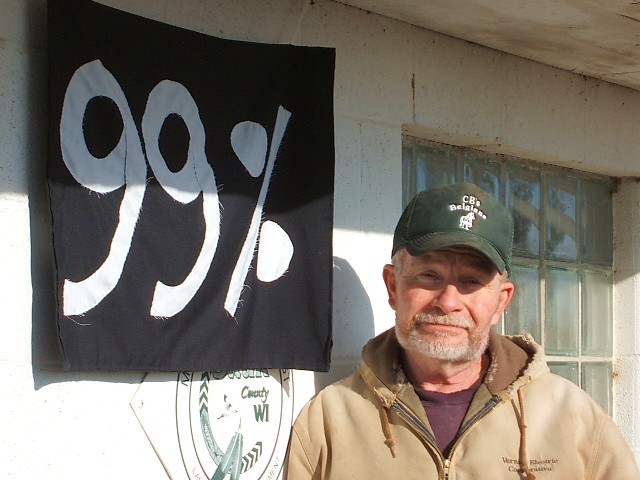 On January 11, 1944, in his annual State of the Union address, President Franklin D. Roosevelt noted that while the Constitution guaranteed a set of political rights, they were in some respects inadequate. To ensure equality, Roosevelt proposed an Economic Bill of Rights that would guarantee:

Many items from the Economic Bill of Rights have emerged in the 2020 presidential campaigns, such as the call for free post-secondary education, affordable housing, anti-trust enforcement, Medicare for all and a living wage. Yet, only Sens. Elizabeth Warren and Bernie Sanders have mentioned fair incomes for farmers. Warren, particularly, expressed her support for rural people early in her campaign by endorsing the “Farmers Bill of Rights” — of which fair income is a part — while attending Family Farm Action’s rally and the Heartland Forum in Storm Lake, Iowa in March.

Besides a fair income, just like other workers, the Farmers Bill of Rights seeks to guarantee farmers fair and open markets that are not dominated by a handful of corporations. It also promotes access to local supply stores, mechanics, and processing facilities. The proposal also intends to assure the provision of credit to women, beginning, immigrant and minority farmers, while pushing for reasonable environmental standards for all rural people. Moreover, the proposition includes the right to transparent and accurate enforcement of production practices, including organic and country of origin labeling, as well as the right to repair our own equipment rather than being forced to pay corporations that feel they still “own” the rights to what we purchase.

Rural people are entitled to the right to live in healthy, vigorous communities that have quality schools, medical care and opportunities for all.

Why do we need a Farmers Bill of Rights now? There used to be legal protections for farmers and consumers. The Packers and Stockyards Act of 1921, which became part of the Grain Inspection, Packers and Stockyards Administration (GIPSA) in 1994, was previously known as the Farmers and Ranchers Bill of Rights. Back in 1921, protection from the predatory practices of the highly consolidated meat packing industry was sorely needed. Yet, in 2017, the Trump administration decided not to finalize the Farmer Fair Practice Rules within GIPSA. The rules clarify what counts as fair trade practices, helping farmers and ranchers understand their rights in the marketplace and to impede corporate overreach. To make matters worse, GIPSA was then absorbed within the Agricultural Marketing Service, whose mission is more oriented to protecting the interests of corporate agribusiness than those of family farmers.

While corporate agribusiness continues to consolidate, with little more than a wink and a nod from government regulators, farmers must take the price offered in the marketplace. Now, unlike 1921, the marketplace is a global one that pits farmers against farmers worldwide. Buyers pay as little as possible, driving down the prices that farmers receive. According to the National Farmers Union, farmers earn less than 15 cents of every food dollar. As incomes have slumped over the last few years, input costs have increased for feed, seed, fertilizer, fuel and machinery. Trump’s tariffs on imports from our trading partners and their retaliatory tariffs on our agricultural exports has caused even more pain in rural America. This squeezes farmers and consumers, as even in supermarkets with seemingly thousands of brands on the shelf, the reality is, most are owned by a handful of corporations.

So, in addition to all the parts of Roosevelt’s Economic Bill of Rights that are currently receiving attention, those of us in farm country are in desperate need for a Farmers Bill of Rights.

Kudos to Senators Warren and Sanders for endorsing the Farmers Bill of Rights, and for seriously mentioning the farm crisis. As to the other candidates, when will you get on board and come up with some serious farm policy discussion — some real solutions to the ongoing devastation of rural America?