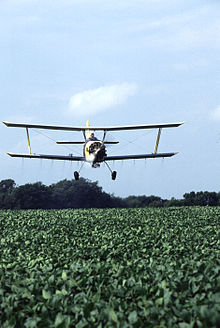 WASHINGTON, D.C. — Nearly 325 farming, beekeeping, farmworker, religious, food safety, and conservation advocacy groups today urged the U.S. Department of Justice to conduct a thorough investigation into the proposed mergers of the world’s largest agrochemical and seed companies. Groups urged Jeff Sessions, the new Attorney General, to enjoin the mergers of Dow Chemical with DuPont, Monsanto with Bayer AG, and Syngenta with ChemChina on the grounds that they will drive up food and farming costs, threaten global food security, curtail innovation, threaten the health of farmworkers, and limit farmer choice. This letter comes on the heels of the Senate’s vote to confirm Senator Sessions to be the head of the Department of Justice. The letter was also delivered today to members of Congress and state attorneys general.

The letter points to the adverse and wide-ranging consequences of these mergers stating that, “Conglomerates of such massive scale, breadth and reach, such as those proposed by these mergers, pose a real risk to our economy, to our agricultural sector, to public health, to food security, to the environment and to the general health of the agricultural and food business climate. Dominance of this magnitude can pose both domestic and international consequences that would be irreversible, once set in motion.”

Farmers and their allies across the country implored the new Attorney General to block the merger.

“Farmers across the country know that these mergers will result in fewer options and higher prices for the inputs we rely on. Already, a third of what a farmer makes for a corn harvest goes to pay for the seed alone; in the end there is nothing left for the farm family. We’ve seen what happens when too few companies control too much of the market, and these mergers would only make a bad situation worse,” said Mike Weaver, president, Organization for Competitive Markets.

“The decline in the quality of plant breeding for conventional varieties and the corresponding increase in the use of crop chemicals will continue, as the merged companies narrow their interests yet further to a few number of products likely to bring in the greatest profit for those biotech companies. The past two decades have shown us that herbicide-resistant GMO seeds have been the favorite for companies like Monsanto, Dow and Syngenta because they boost the sale of pesticides, “said Aaron Lehman, a grain farmer and president of Iowa Farmers Union.

“These agrichemical company mergers would be harmful for our environment, farmers and the American public,” said Tiffany Finck-Haynes, food futures campaigner, Friends of the Earth. “We call on Sessions to put the interests of the American people, workers and farmers above the interests of mega corporations and conduct an independent review process free of political interference.”

“These mergers will hurt honey bees and native pollinators by making it harder for farmers to secure diverse seeds  that are not coated in bee-killing pesticides or engineered to withstand multiple doses of herbicide applications,” said Michele Colopy, program director,  Pollinator Stewardship Council, a national group that representing beekeepers and beekeeping organizations. “This merger makes it harder for farmers to gain access to the seeds they need to farm more sustainably. Seeds produced by a pesticide company may be engineered to cope with the pesticides, but honey bees cannot take increased pesticide exposure.”

“These mergers pose an ever greater threat to the health, livelihoods and human rights of farmworkers who are on the front lines of toxic agricultural chemical exposure,” said Jeannie Economos, Pesticide Safety and Environmental Health Project Coordinator, Farmworker Association of Florida. “These proposed mergers only puts more power and influence on the side of agribusiness, which contributes to but does nothing to pay for the health impacts on families of the chemicals they produce.  People should not pay with their health and lives for the profits of these mega-corporations.”

If all three deals were to close, the newly created companies would control nearly 70 percent of the world’s pesticide market, more than 61 percent of commercial seed sales and 80 percent of the U.S. corn-seed market.

“A Bayer AG-Monsanto company would control 70 percent of the Southeast cottonseed market, which would increase the price by over 18 percent. Soy and corn prices would also rise, putting farmers’ livelihoods at risk even more,” said farmer Ben Burkett, National Family Farm Coalition president and MS State Coordinator for the Federation of Southern Cooperatives/Land Assistance Fund.

Members of the Senate Judiciary Committee questioned Senator Sessions about his views on these mergers and his approach to anti-trust matters during his confirmation hearings. His answers were evasive and vague.

Groups expressed concern during the confirmation process that Senator Sessions would allow politics to interfere with the review of these mergers; especially given Donald Trump’s meeting with Bayer and Monsanto Executives in January and Trump’s appointment of Dow CEO Andrew Liveris to lead the American Manufacturers Council in December.