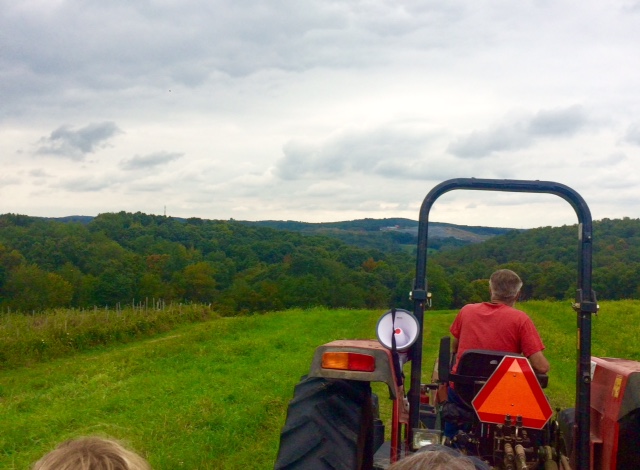 Statement from National Family Farm Coalition:
As the farm bill conference committee attempts to finalize the bill before the end of the current Congress, the National Family Farm Coalition (NFFC) urges the federal government to focus more on policy to support family farmers and rural communities, and less on stripping benefits from vulnerable populations. According to reports, farm bill negotiations have considered draconian work requirements for SNAP recipients and harmful changes to forest management policies, while not addressing fair compensation for producers or the ongoing corporate concentration that is hollowing out rural areas.

Arriving amid the worst crisis in farm country in 30 years, the 2018 Farm Bill provides an opportunity to revitalize the debilitated rural economy. Net farm incomes have fallen more than fifty percent in the past five years, and farmer crisis hotlines are overwhelmed with calls, including from farmers at risk of suicide. Twice as many Upper Midwest farms filed for bankruptcy this year as in 2014, while nearly 600 dairy farms have closed since January in Wisconsin alone. These problems have only worsened in the months since President Trump began his trade war with China.

Whatever the details of the final farm bill conference report, the House and Senate versions suggest that it will be inadequate to address these serious issues. For more than two decades, US farm policy has served to endlessly expand production, force foreign export markets to absorb the oversupply, and offer insufficient insurance programs and taxpayer-based subsidies to buffer farmers from the resulting low prices. Current farm policy also does nothing to ensure fair and open markets for farmers to buy and sell their goods, or to guarantee equitable access to credit for all producers.

The next farm bill must instead prioritize food production from family farmers, with measures to ensure prices that return their costs of production; strategic grain reserves; strong conservation programs; equitable credit access and oversight; and access to fair and open markets. To deliver this security to farmers and consumers alike, NFFC has long advocated establishment of a common-sense commodity supply management program, as described in our Food from Family Farms Act.

In addition to policy-as-usual that undermines family farmers, the House bill includes detrimental provisions to expand work requirements for SNAP recipients; eliminate the Conservation Stewardship Program; and strip control over farms and food systems from local communities, though a measure known as the King amendment. The House bill also does not include several common-sense fixes from the Senate bill to make the farm credit system more fair.

National Family Farm Coalition, represents 70,000 family farmers and ranchers around the nation through its nearly 30 member groups. NFFC works for viable livelihoods for family farmers, fishermen, and workers; safe and healthy food for everyone; and economically and environmentally sound rural communities.

Wyoming rancher and NFFC board treasurer Wilma Tope, member of the Powder River Basin Resource Council: “A farm bill that gives giant corporations more and family farmers less for the food we produce is corporate socialism. We must not sacrifice our healthy food production, our family farmers and ranchers, or our democracy.”
Contact: wilto54@gmail.com

Ben Burkett, member of Indian Springs Farmer Association and former NFFC board president: “Without a five-year farm bill in place, farmers don’t have strong direction for their future. The access to credit — particularly direct loans — is an absolute necessity for both large and small farms. This is an important time for private lenders to step up to help farmers, especially during the boycotting of US products caused by this administration’s trade wars.”
Contact: (601) 310-5223

Betsy Garrold, NFFC vice president and board member of Food for Maine’s Future: “If the toxic King amendment makes it through to the final version of the farm bill, many years of work to promote and protect food sovereignty in communities around Maine will be overturned.”
Contact: mainefood55@gmail.com, (207) 568-3302