Land for people, not pension funds:
TIAA out of land grabs!

Stop land grabs in the U.S. and Globally

TIAA (Teachers Insurance and Annuity Association of America), the trillion-dollar retirement fund manager, is the largest farmland investor in the world. Farmland speculation is an unsustainable and irresponsible use of pension funds. It is imperative that TIAA divest of all farmland investments!

The Stop Land Grabs campaign is based on these actions: 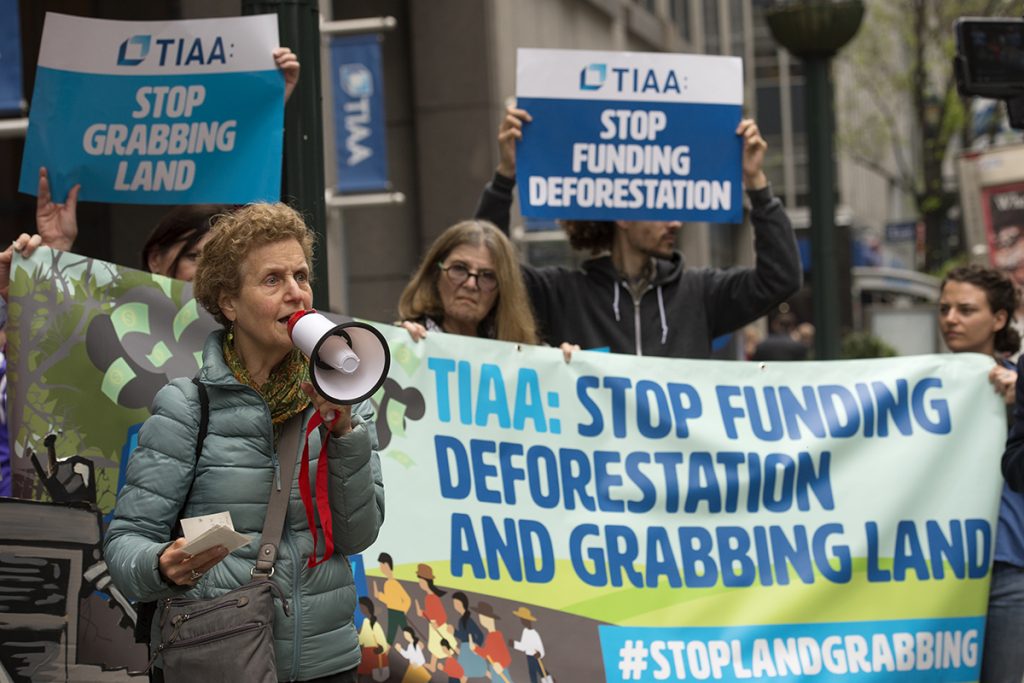 TIAA holds more than 2 million acres of farmland across the globe. In the US, TIAA is investing heavily in the Midwest, West Coast, and the Mississippi Delta – an area with a long history of land theft from Black Americans. TIAA hasn’t stopped their speculative investments at land - they make similar grabs to profit from food and agricultural businesses. Their actions have serious implications for vertical integration, consolidation, and diversified supply chains, all while branding themselves as a socially and environmentally-responsible company.

TIAA is not the only company participating in detrimental land grabs, however - development finance institutes, hedge funds, multinational corporations, universities, governments, and even private individuals are buying up farmland in record numbers. Bill Gates' Red River Trust, for example, is now the largest private owner of farmland in the US - owning more than 242,000 acres. 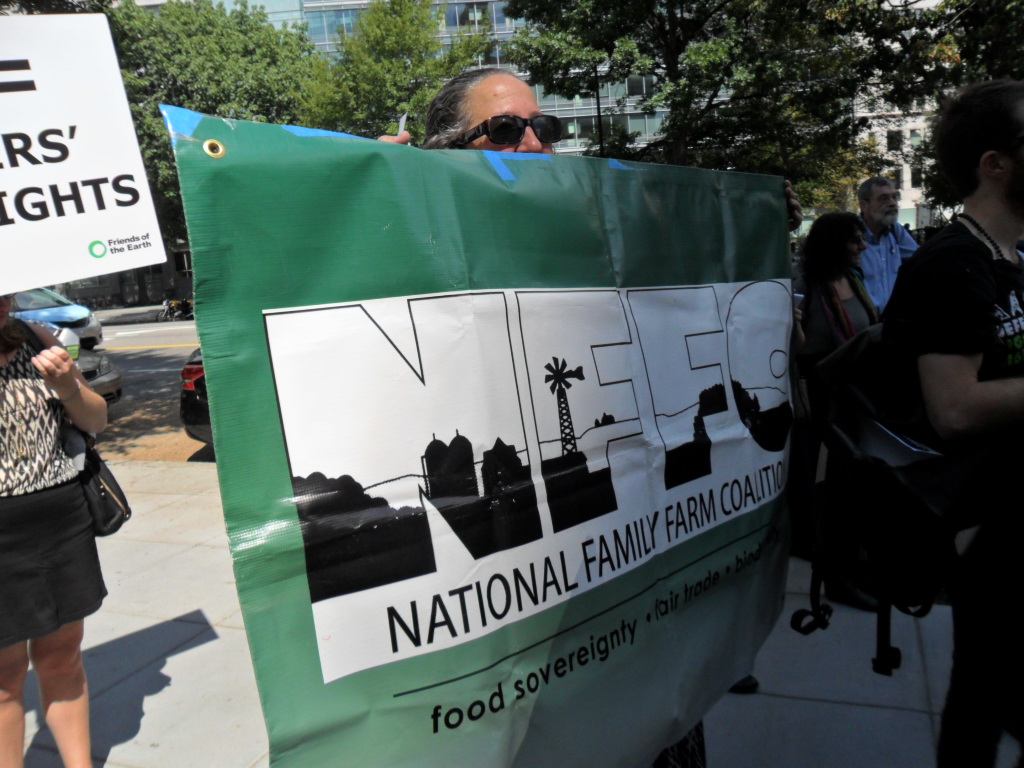 The 2008 financial crisis greatly accelerated land grabbing both in the US and globally as investors sought to protect from future losses, while maximizing profits. Land grabbing has only continued to worsen since then, and farmland remains a popular (and valuable) investment. While our membership has been dedicated to protecting land and other resources, NFFC has expanded our advocacy efforts since the 2008 financial crisis and formally launched our Stop Land Grabs campaign in 2019 as part of our latest strategic planning process.

In 2012, we released our Factsheet “Institutional Investors and the Great American Farmland Grab”, which highlighted land grabs as a growing problem, and identified TIAA-CREF as a key farmland holder. In 2013, we launched our Farmland Monitor platform, a farmer-powered hub for information on harmful land investment practices.

NFFC also has a long history of promoting what is now the FOTO  (Farmer Opportunities  and Training Outreach) program. FOTO, and similar programs, remove some of the barriers that farmers face when seeking to purchase or transfer farmland to keep it in agricultural production.

NFFC staff and members have also worked tirelessly to ensure that Black and other historically underserved farmers have access to assistance needed for these groups to recoup historical land losses caused by generations of discrimination. The United Farmer & Rancher Congress in 1986, which NFFC was involved in as our organization was just beginning, directly addressed the loss of Black-held farmland as “the other crisis in rural America.” In 1990, we worked with member groups and several legislative partners to draft and pass the Minority Farmers Rights Act of 1990. This act materialized as the Section 2501 Program for Outreach and Assistance for Socially Disadvantaged Farmers and Ranchers in the 1992 Farm Bill. In 1999, we supported the class action lawsuit Pigford v. Glickman, which addressed the historical discrimination towards Black farmers by the USDA with a final settlement of more than one billion dollars.

More recently, NFFC continues to advocate for the passage of the Justice for Black Farmers Act, introduced in 2020, which would provide programs to restore farmland to the Black community through land grants, training programs, and funding expansion. We also ardently supported work to legally defend promised debt relief for farmers of color included in Section 1005 of the American Rescue Plan of 2021, along with the Federation of Southern Cooperatives. Unfortunately, the Inflation Reduction Act of 2022 repealed the American Rescue Plan and does not include specific debt relief on the basis of racial discrimination.