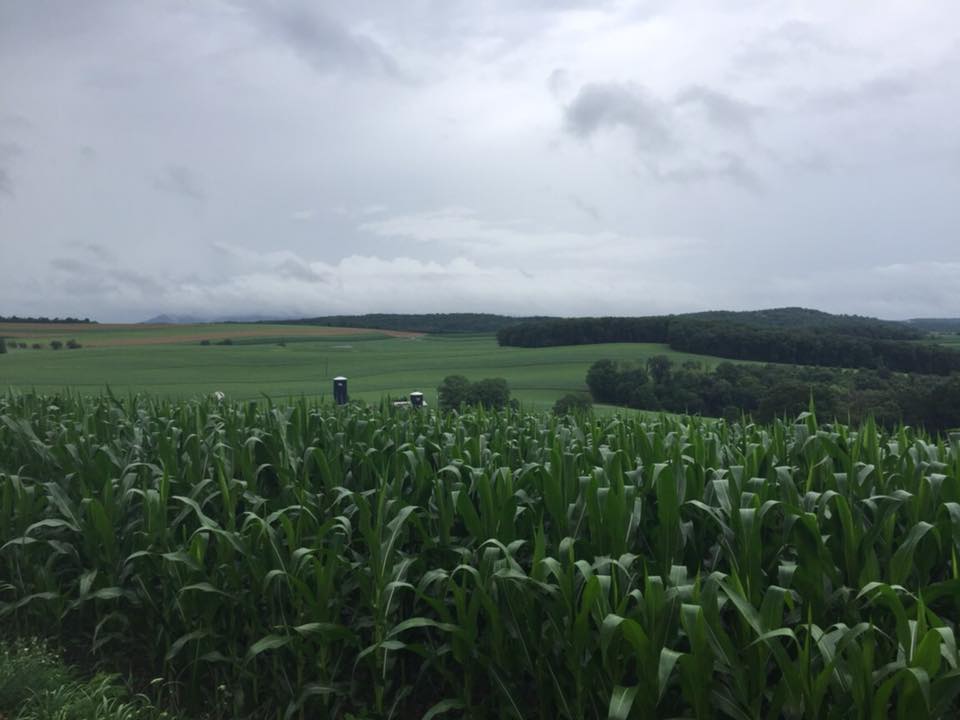 …but he should fix his farmland problem

When Altamiran Ribeiro, a Black community leader with the Catholic Church’s Pastoral Land Commission in northeast Brazil came to Washington, he hoped to meet with DC resident Roger Ferguson, the CEO of the financial firm TIAA.  Ribeiro wanted to explain to him what had happened to communities when TIAA bought a large tract of land in the state of Piaui from a notorious land grabber who had seized community forests and pastures. He wanted to tell Ferguson about the fires and deforestation TIAA was funding in the Cerrado region and how their large-scale soybean plantations on the high plateaus were depleting and polluting the water sources of the communities in the valleys.  But through his corporate secretary, Ferguson declined to meet with Ribeiro.

Ribeiro was invited to speak at Howard University on a panel with the journalist Van Newkirk who had just written a story for the Atlantic magazine about the continual land loss of Black farmers and their communities in the Mississippi Delta. As Van Newkirk pointed out, TIAA is aggressively buying up farmland in the Delta and renting it to large-scale soybean and cotton planters, who engage in the type of petroleum-based farming that is detrimental for the climate. This also pushes up land prices and makes it harder for young or disadvantaged farmers to get established in farming in spite of the strong interest in rebuilding both rural and urban communities that have been economically and nutritionally devastated by the broken connection between agriculture and local food systems and businesses. The article also pointed out that Black farmers in the South are particularly vulnerable to these corporate investment trends given the long history of discrimination within USDA, which contributed to Black farmers having unequal access to government programs and legal resources to protect their land and financial autonomy.

Onto the Biden cabinet?

Now President-Elect Joe Biden is considering Roger Ferguson as one of several candidates for Secretary of Treasury, one of the most powerful positions in the cabinet.  Treasury oversees the collection of taxes, the regulation of banks, and decides how money from government accounts should be disbursed, meeting the policy parameters set by Congress and the President.  The Secretary plays a crucial role in making policy work either for or against social justice and a fairer economy. This role includes working with legislators to approve stimulus funding to individuals and businesses such as food providers on land and at sea that need support during the current COVID-19 pandemic and future economic crisis.

Ferguson has just announced that he will be leaving TIAA in March 2021. He has led the firm which manages retirement funds for colleges, universities, and public pension funds since 2008.  He came to TIAA just before the stock market crash due to the banking crisis brought on by the lack of regulation in housing lending. Ferguson was Vice Chairman of the Federal Reserve through 2006, where he opposed banking regulations and downplayed the risks in mortgage business. The year he took over TIAA coincided with a spike in agricultural commodity and food prices, and a growing interest on the part of investors in putting their money into farmland.  He transformed TIAA from the non-profit organization it had been since it was founded in 1918 providing insurance and pension benefits to teachers, turning it into a for profit business in 2010. With a trillion dollars in assets, TIAA manages the retirement accounts of the employees of some 15,000 universities, colleges, and non-profit institutions. TIAA.

There is little question that Roger Ferguson has achieved success in the world of Wall Street. He is one of only four African Americans to lead Fortune 500 companies.  He earns over $20 million per year managing the money that non-profit and education workers will use for their retirement. But before he is offered a position in the Biden administration, there are some problems in his legacy he needs to address.  TIAA is known for supporting high executive pay and increasing economic inequality through the companies in which it owns shares.  The company has a stake in one or more big seafood companies that are dominating the seafood industry while small-scale seafood suppliers struggle to make ends meet. It continues to be heavily invested in fossil fuel and directly emits carbon through its exploitation of fracking ventures such as the Cricket Valley gas plant. However, TIAA is unusual among financial firms for its aggressive pursuit of farmland — it claims the title of controlling the more agriculture assets than any other company in the world, and it is paving the way for financial wealth controlled by companies and individuals to takeover and dispossess rural communities of their farmland.

Fixing his legacy at TIAA first…

Ferguson needs to investigate the practices of TIAA subsidiaries and return the land to the control of affected Brazilian communities. He needs to stop the false claims that large-scale biofuel and cotton farming disconnected from local communities are helping to address world hunger, when in fact the impact of these industries on small farmers around the world increases hunger, and they increase rural poverty and environmental problems in the United States as well.

President Elect-Biden is reported to be considering quite a few candidates for Treasury Secretary. While Ferguson and other bankers are said to be at the top of the list, other African American and women leaders and advocates have also been mentioned. Ferguson needs to show that he cares about social justice and the environment, if he doesn’t perhaps the Biden administration needs to recognize that his success as a financial executive may not be the kind of balanced perspective and goals that are needed in a Treasury Secretary.