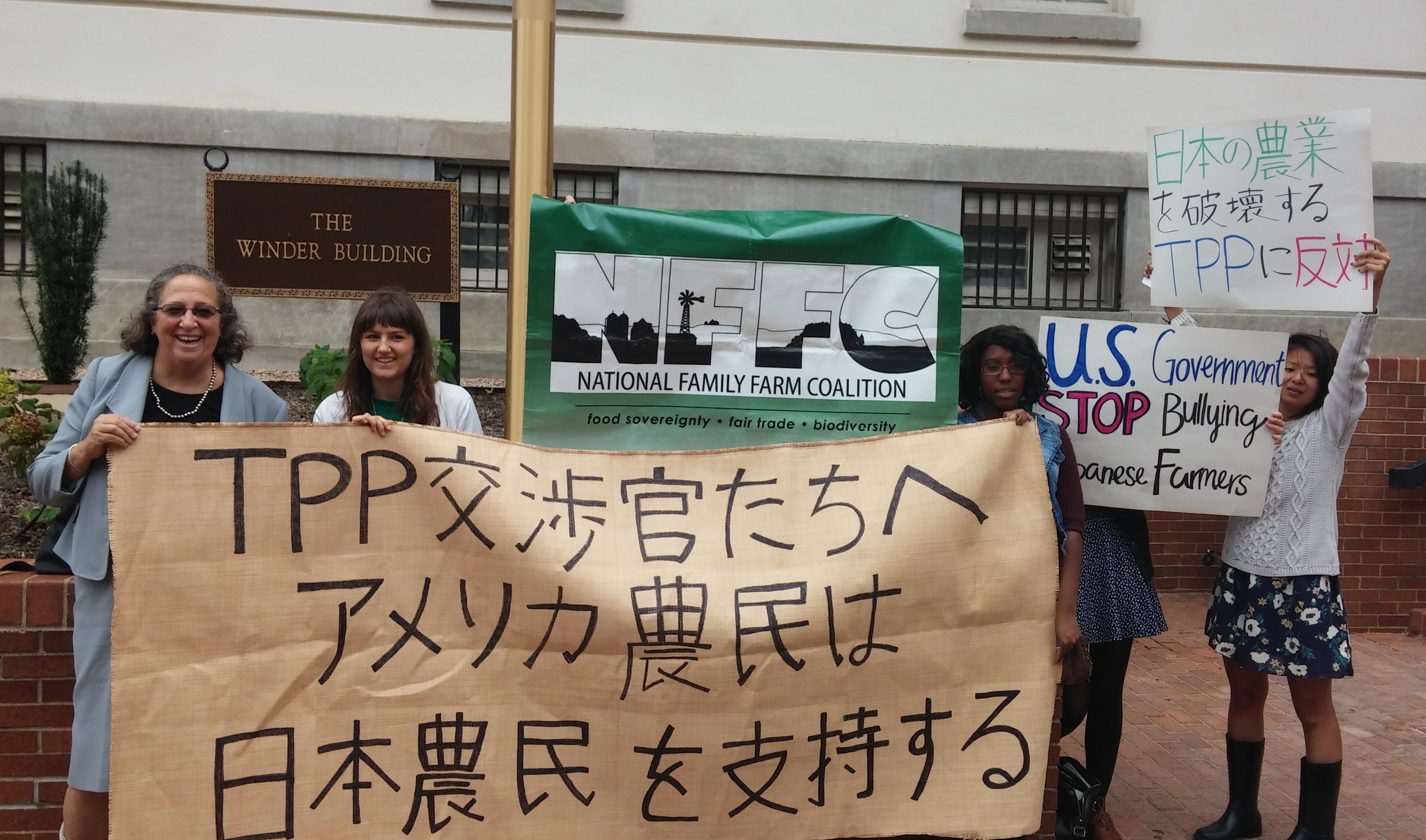 The TPP is a “trade agreement” between 12 Asia Pacific region nations and its counterpart TTIP (Transatlantic Trade and Investment Partnership) between the US and the European Union, are billed as “free trade” agreements, but they have little to do with trade.

At this point it seems we have no shortage of goods imported from the TTP and TTIP countries, electronics from Korea, Nike shoes from Vietnam, there seems to be plenty of trade going on.

We seem to be trading pretty regularly with the EU as well, plenty of US grain goes to European terminals, there are plenty of BMW’s and Volvo’s on US highways, I see plenty of French, Italian and Spanish wine in the stores.

Trade is good, but but “free trade” doesn’t work for farmers or workers or most everyone else. Free trade does, however, work spectacularly well for corporations who have over 600 advisers to the TPP negotiations— we have no access to the negotiations, corporations have plenty.

From a practical point of view it would make more sense if we made our own shoes and computers. We should grow less grain for European (and American) livestock and more food for ourselves. We could actually pay workers here a fair wage and US workers could afford to buy US goods and perhaps own a home and send their kids to college.

In farm country we are told these trade deals will allow us to export more goods and in so doing, increase our profits. I have farmed for a good many years and I have, over the course of that time, known many farmers, most of them who farm on a much larger scale than I do. I have yet to meet a farmer who directly exports abroad, or even one who has the volume of product or operational infrastructure to do so.

Farmers products ultimately end up in the hands of some corporate entity, a Multi-national Corporation who does the exporting/importing and generally takes most of the profit. Granted there are probably some farmers who do their own exporting and do well financially, as there could be some blue-collar workers who have a summer home in the Hamptons.

Most Americans support country of origin food labels (COOL), but that right was taken away by a recent ruling of the World Trade Organization (WTO), and pending trade deals will not restore it.

Then there is the 800 pound gorilla of TPP and TTIP, the Investor-State Dispute Settlement (ISDS) provision.

Under ISDS the right of an investor to make a profit could not be restricted. If countries involved in the trade deal were to enact environmental protection laws, food labeling laws, laws guaranteeing access to lower cost generic drugs, they can be sued by corporations who feel these laws have restricted their potential profits.

In effect, a US corporation could, through a foreign subsidiary, sue the US government, but it would not have to do so in domestic courts. The merit of the lawsuit would be judged by a panel of arbitrators, lawyers, who could be representatives of the plaintiff! So much for democracy.

As a farmer, who, as President Obama says, will be one of the prime beneficiaries of these new free trade deals, I say, no I will not benefit, nor will anyone else save those corporate entities who have already benefited too much from the income disparity, the environmental destruction and the idea that economic growth is all that matters.