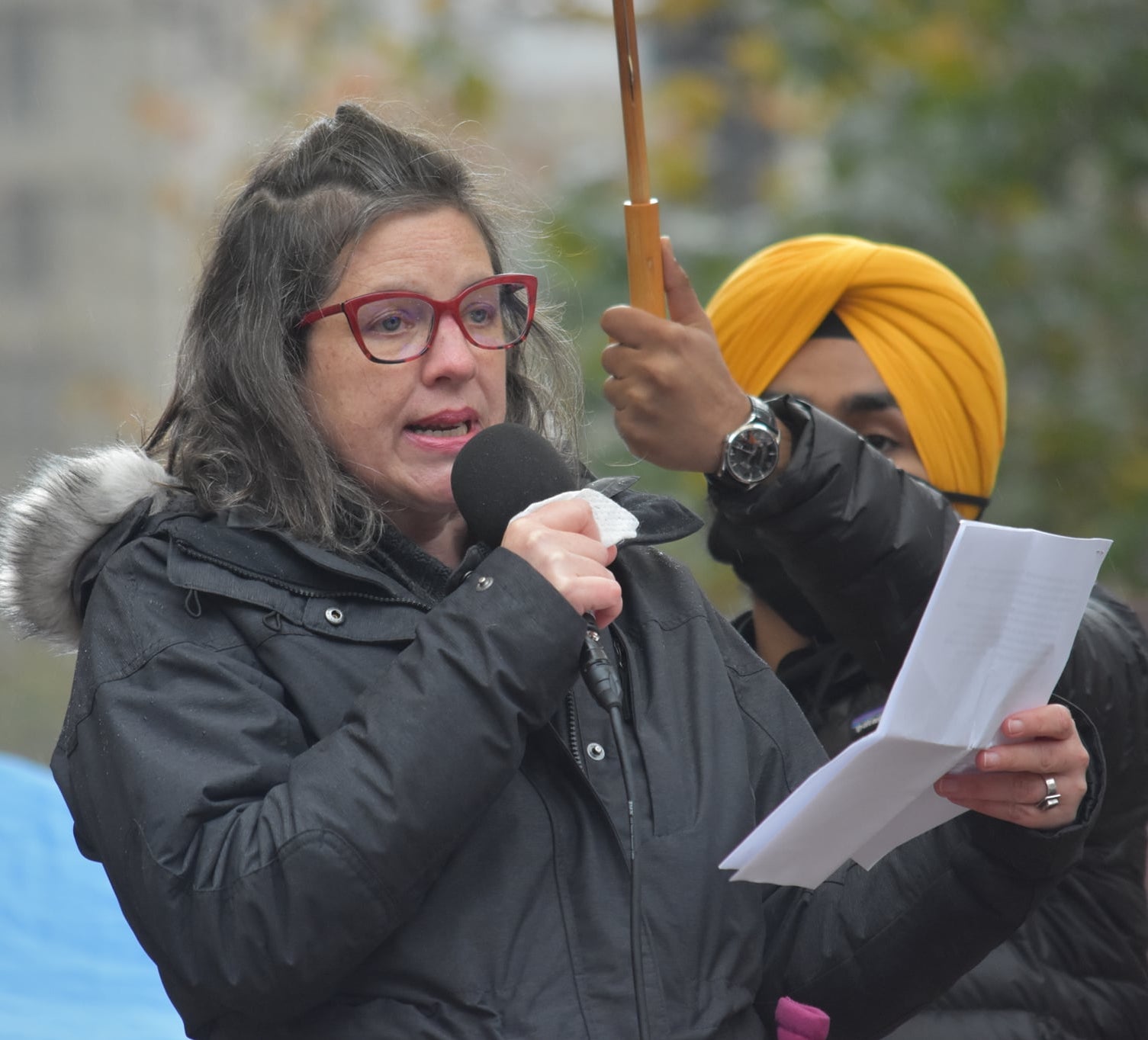 Heather co-founded Community Alliance for Global Justice (CAGJ) with others who helped organize the 1999 WTO protests and were inspired to build a membership based, multisectoral organization for global justice in Seattle. She was co-chair of the Board for many years before becoming CAGJ’s Director in 2007. Heather has a BA in Political Economy and Social Change from The Evergreen State College and a Masters in Geography from the UW; her research focused on how the Free Trade Areas of the Americas was defeated by activists collaborating transnationally in the Hemispheric Social Alliance. She has also been active in CISPES for many years – Committee in Solidarity with the People of El Salvador. In 2013 Heather’s son Henry joined the CAGJ family, and her husband Travis volunteers as the chef for the annual SLEE Dinner. Heather loves her job, and is inspired by CAGJ’s amazing activists! (Photo credit: Jaslina Kochhar)