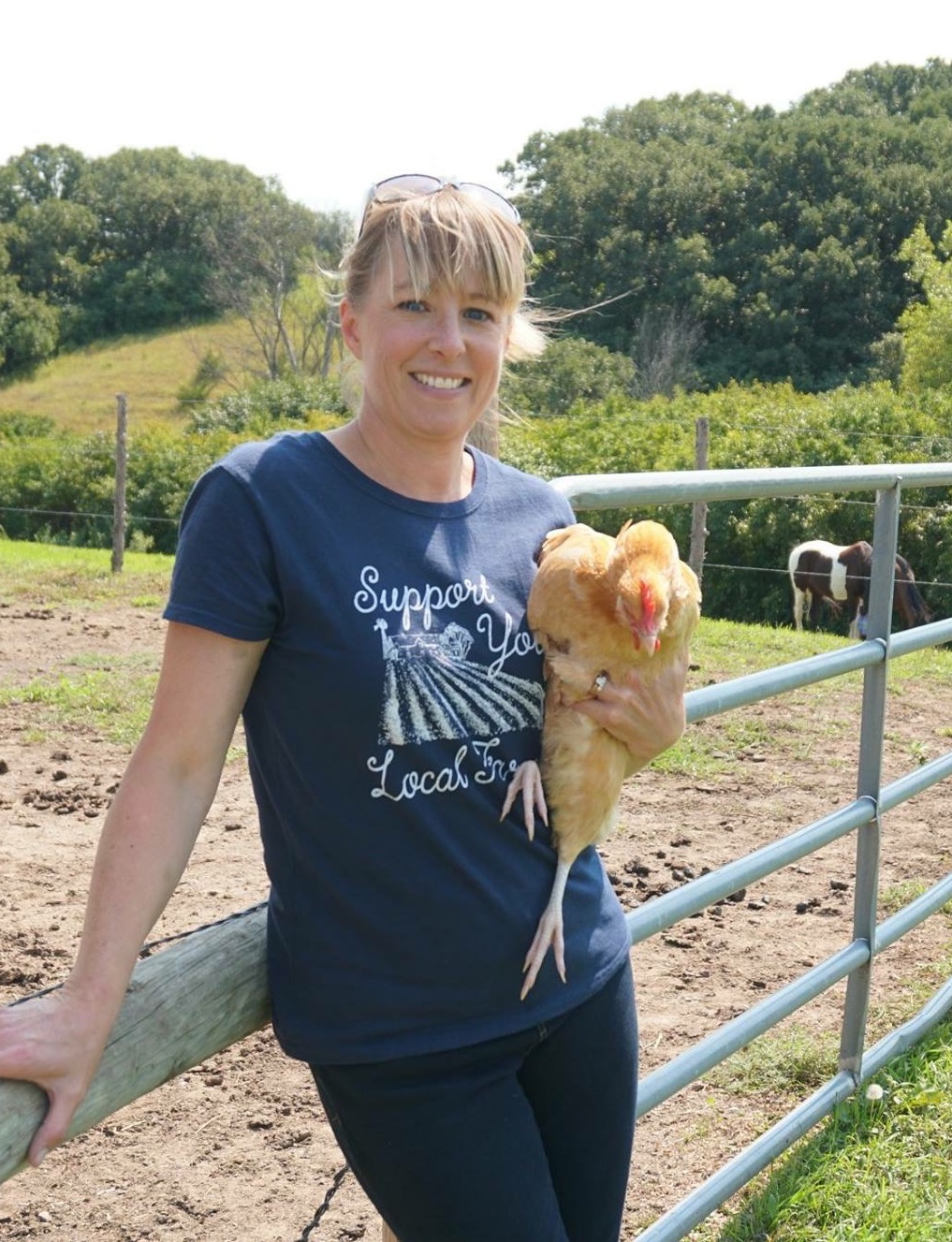 Stephanie lives on a 7-acre farm near the Big Sioux River just outside of Brandon, South Dakota, along with her husband and two teenage sons.  She operates a wholesale egg business called Fruit of the Coop. In addition to eggs collected from her own flock of heritage chickens, she sources pasture-raised eggs from other small flocks within the region, selling to Sioux Falls-area restaurants.  As a board member for Dakota Rural Action, Stephanie works closely with other family farm advocates, both in the state and around the country, to revitalize small and mid-level agriculture in rural economies and communities. Through DRA’s local chapter, Homegrown Sioux Empire, Stephanie is working on a local foods campaign that supports South Dakota growers and the restaurants and markets that sell their products, building bridges and creating strong and long-term relationships between them.  In order to further that campaign, she also serves on the Sioux Falls Food Council and Sioux Falls Thrive Food Security Action Team. Stephanie holds a Bachelor of Arts degree in Government & International Affairs and in Norwegian Language from Augustana University. She has eight years of political experience in Washington, DC where she worked on Capitol Hill for former United States Senator Tom Daschle.